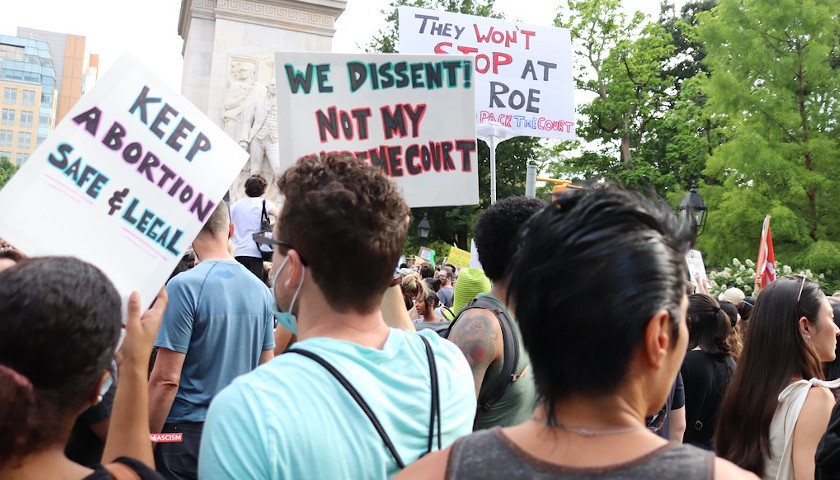 Whether a Michigander woman can get an abortion without being criminally charged under a 1931 law might depend on the county prosecutor.

In May, Court of Claims trial Judge Elizabeth Gleicher issued a preliminary injunction that stopped Attorney General Dana Nessel from enforcing the abortion ban until the court issues a final ruling.

The injunction bars Nessel and “anyone under” AG supervision from enforcing the law.

Attorney David A. Kallman, an attorney representing Republican prosecutors in Kent and Jackson counties, says the injunction binds state but not county prosecutors.

Kallman said that county prosecutors have the discretion not to enforce the law but that voters will hold them accountable in the next election.

He said seven of 13 prosecutors agreed they wouldn’t enforce the 1931 law and that his clients would decide on a case-by-case basis.

“It doesn’t mean they are going to prosecute somebody; they’re not out looking for cases,” Kallman said in a phone interview with The Center Square.

Kallman said Nessel, Planned Parenthood, and Gleicher collaborated to “abuse” the court system by attempting to change the law without any adverse party.

“The governor, the AG, does not have the power to attack a law they don’t like out of thin air with no case, no controversy, no adverse parties,” Kallman said. “And just say, ‘I don’t like a law on the books. Let’s get a buddy of ours to sue the Attorney General, and we’ll get it thrown out.’ That’s unbelievably improper.”

He referred to it as a “friendly” lawsuit, as Gleicher previously served as legal counsel for Planned Parenthood, received awards from them, and donated to Nessel’s campaign.

“If you don’t like a law, you can go to the Legislature; you can do a petition drive; that’s the way to do it legally and properly within our representative system – not through these fake lawsuits,” Kallman said.

“But no matter what happens with the 1931 law, let me be clear: We will never, ever use our office’s scarce resources to prosecute patients, providers, or doctors for exercising reproductive freedom,” Savit said in a statement. “We will not be a party in furthering the criminalization of a right that has been recognized as fundamental for the past 50 years. And we will continue to use every tool at our disposal to protect the safety, health and welfare of the people in our community – which includes the right to safe, legal, and accessible abortion.”

A petition drive aiming to place abortion rights on the November 8 ballot claims to have collected at least 425,059 valid signatures but continues to collect more before the July 11, 2022 deadline.

The question would ask voters if they want to create a state constitutional right to reproductive freedom.

Scott McClallen is a staff writer covering Michigan and Minnesota for The Center Square. A graduate of Hillsdale College, his work has appeared on Forbes.com and FEE.org. Previously, he worked as a financial analyst at Pepsi.
Photo “Abortion Protesters” by Elvert Barnes. CC BY-SA 2.0.