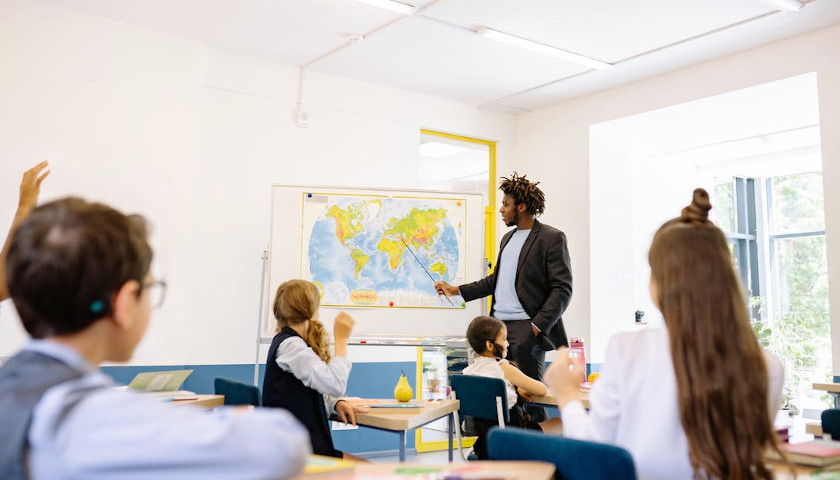 HB 1084, which passed the Republican-controlled General Assembly in April and was signed into law shortly thereafter, “require[s] local boards of education, local school superintendents, and the governing bodies of charter schools to prohibit discrimination on the basis of race [and] require[s] that curricula and training programs shall encourage such employees not to judge others based on race,” according to the text of the bill.

The bill also says that those entities must create complaint resolution policies and directs the State Board of Education to choose a model policy to adopt.

Per the bill, the definition of divisive concepts includes “espousing personal political beliefs means an individual, while performing official duties as part of his or her employment or engagement with a school or local school system, intentionally encouraging or attempting to persuade or indoctrinate a student, school community member, or other school personnel to agree with or advocate for such individual’s personal beliefs concerning divisive concepts.”

The bill takes effect Friday, outlawing the teaching of those divisive concepts beginning in the 2022-2023 academic year.

Notably, on the last day of Georgia’s legislative session in April, Republicans added a measure to the bill that also bans transgender females – biological males – from competing in women’s sports in the state.

“In the final minutes of Sine Die, Georgia Republicans just squeezed in language that discriminates against trans kids to an already terrible bill, HB 1084. To target kids, to ban kids from playing sports, and to attack teachers at the same time. Appalling,” the Georgia House Democrats said.