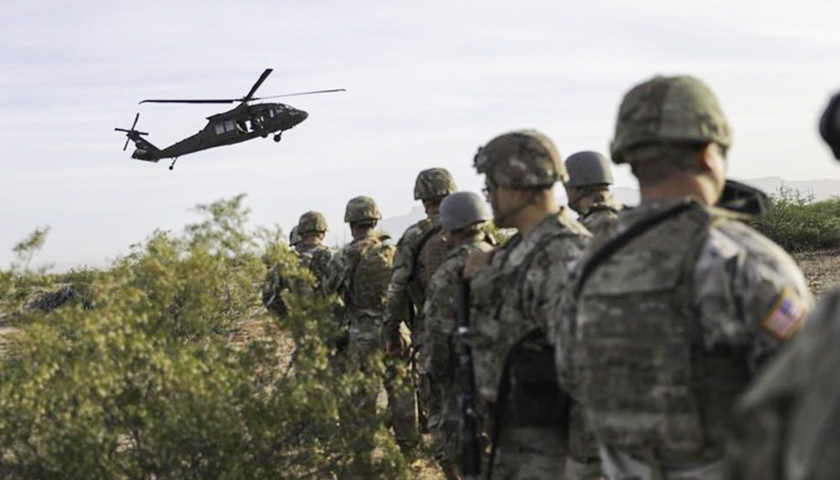 “No separation boards for refusals have been scheduled at this time,” Key said.

The major said the information is not up-to-the-minute correct but has not changed much since the last survey of the force.

A spokesman for the National Guard Bureau in Washington told The Arizona Sun Times and The Star News Network that the entire Army National Guard force of approximately 440,000 guardsmen was 86 percent compliant with the vaccine mandate as of June 27.

Key said his state’s guard is also processing requests for dispensation from the vax mandate.

“We currently have 310 religious accommodation requests and four medical exemption requests,” he said.

“Soldiers who have applied for either religious accommodations or medical exemptions may continue to serve and train while their requests are being adjudicated even after the June 30 deadline,” he said. “Each request will be reviewed individually as we ensure their rights for a fair and exhaustive exemption process.”

In a Dec. 16 statement on Big Army’s vaccination mandate, Secretary of the Army Christine Wormuth said she was committed to the mandate she imposed Sept. 14.

“Vaccinating our Soldiers against COVID-19 is first and foremost about Army readiness,” she said.

“To those who continue to refuse the vaccine and are not pending a final decision on a medical or administrative exemption, I strongly encourage you to get the vaccine. If not, we will begin involuntary separation proceedings,” she said.

Beyond exemptions for religious or medical reasons, the only other exemption is allowed for soldiers separating or retiring from the Army before July 1.

Neil W. McCabe is the national political editor of The Star News Network based in Washington. He is an Army Reserve public affairs NCO and an Iraq War veteran. Send him news tips: [email protected] Follow him on Twitter, TruthSocial & GETTR: @ReporterMcCabe
Photo “Arizona National Guard” by Arizona National Guard.