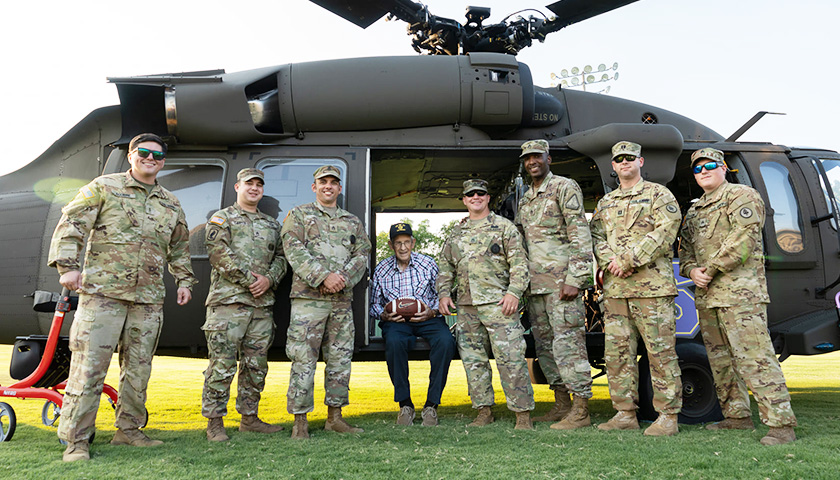 Most of the Republican field in the August 4 primary for Tennessee’s 5th Congressional District seat have voiced their support for the National Guard members who are scheduled to be fired on June 30 due to their defiance of a COVID-19 vaccination mandate.

Previously reported, former Speaker of the Tennessee House of Representatives Beth Harwell was the first TN-5 candidate to issue a statement in support of the National Guard soldiers, saying:

The Biden Administration’s forced COVID-19 vaccination policy for men and women in the military is absolutely wrong and it’s another example of more overreach by the federal government. I stand with the hundreds of National Guard members who could be removed from service and urge those who can help them to do so.

We shouldn’t fire these brave soldiers serving our country by keeping Tennessee safe. They made the decision to serve and I believe they can make their own personal medical decisions.

“I am very pleased that others are speaking up now against vaccine mandates that seek to impose the misguided and dangerous government will on our military personnel,” Ogles said, reiterating his opposition to vaccine mandates.

“It’s absolutely outrageous that any National Guardsman is being forced to choose between violating their moral conscience or forfeiting their military careers. Moreover, this decision could result in a ten-percent force reduction, drastically impacting their ability to respond when needed,” Ogles noted. “These members have faithfully served our country, and we must protect them in their time of need.”

“There has been a consistent abuse of power by the executive branch of the United States. The Federal government overreached during the COVID pandemic, and it will not be the last time,” Ogles said. “I’m running for Congress to fight against the unconstitutional federal intrusions into our lives and to join with the Freedom Caucus in the House to stand up against those who will never rest in seeking to undermine our freedoms and liberties. I welcome all of those that want to join in supporting our Tennessee National Guard and fight for liberty and freedom.”

At a Saturday debate forum hosted by the Wilson County GOP and moderated by Editor-in-Chief of The Tennessee Star Michael Patrick Leahy, the candidates were asked their position on the National Guard firings and what they would tell Governor Lee to do.

All in attendance, which included all the TN-5 candidates except for Kurt Winstead and Natisha Brooks, were in agreement that the jobs of the guardsmen should be saved.

Senate aide Tres Wittum said in part, “I would remind the governor, because it is his decision to make, that these are Tennesseans and these are their jobs.”

He later tweeted, “Kick bricks. See ya. I stand with Tennesseans … and against all public/private partnerships taking our money and government entities mandating inoculations on people. It’s wrong.”

Timothy Lee gave his response when he said, “First of all, he [Governor Lee] is in charge of the Tennessee Guard so I would tell him, don’t allow it to happen. Simple as that. Second, I would like to ask the Brigadier General [Kurt Winstead] that question,” he said. Lee then waved around the microphone, looked around with a wry smile and said, “Excuse me, he’s not here.”

Geni Batchelor said, “My advice to Governor Lee would be to use his authority to step in on behalf of citizens who choose not to be vaccinated.”

Stewart Parks said, “I have a proven history of not complying with these communist COVID policies, so my advice to Governor Lee is to stop COVID policies, the vaccines don’t work.”

Jeff Beierlein responded in part, “I don’t believe forcing people to take a shot against their will should compromise our state’s integrity and security.

Winstead skipped that forum; however, The Star reached out to Kurt Winstead’s campaign for comment because of his status as a retired brigadier general in the Tennessee National Guard. Winstead’s campaign team gave a tepid response to The Star’s outreach.

Kurt Winstead stated opposition to the dismissal, but neglected to call for any action in support of the Guard members’ jobs.

As of press time, the only TN-5 candidate that has not weighed in on the issue of National Guard firings is Natisha Brooks.