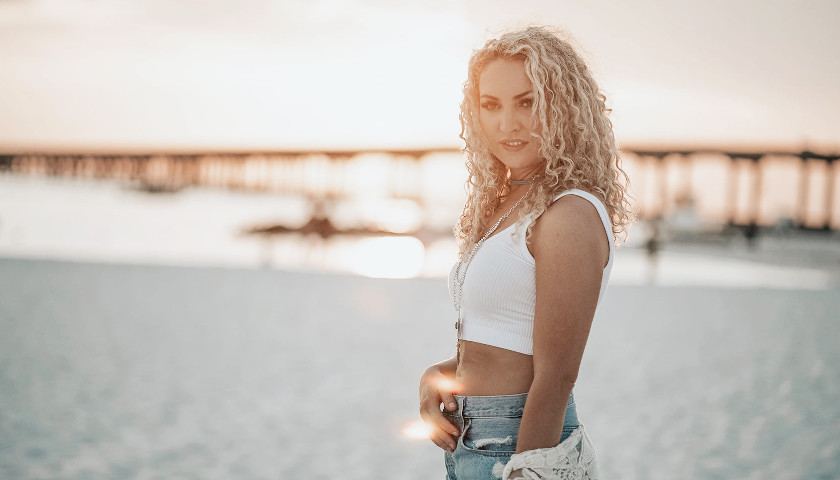 NASHVILLE, Tennessee- When I first heard Katrina Burgoyne’s song, “I Wanna Get Away With You,” there was something infectious about the spirited song that made me want to learn more about the artist.

Australian-born Katrina Burgoyne is from a musical family. Both of her grandfathers were performing musicians.

One of her grandfathers was more classically minded, but the other one was all country. 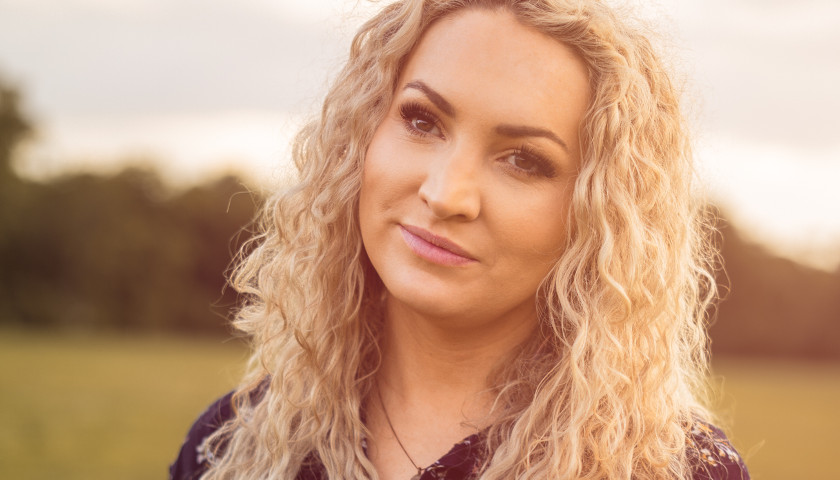 “I learned all the country songs by sitting on my grandpa’s knee. He loved Charlie Pride, Hank Williams, and a lot of the Australian country music artists. He was even offered a record deal at age 19 to play country music, but never took it up,” she recalled.

His love for country music got passed along to young Burgoyne.

As a child, she was always musically inclined.

“If there was a piano in the corner, I would forget about the kids playing in the background and I would go to the piano and play,” Burgoyne said.

She learned to play banjo and guitar as well.

“All I wanted to do is be a Dixie Chick. I love their sound,” she confirmed.

By the time she was 15 years old, she got a manager.

Her manager told her, “I can imagine you as a songwriter in Nashville.”

The seed had been planted early on. She visited Nashville in 2009 where she would see shows at 3rd and Lindsley and the bands and musicians playing there. She worked with songwriter Daryl Scott and he encouraged her to move. However, at that point, Burgoyne felt she wasn’t good enough to be in Nashville.

In 2015, she returned to Nashville for three months. During those few months, she knew it was time for her to relocate.

In 2017, the Aussie made the leap of faith and with three suitcases, a guitar, and a few thousand dollars, she moved to Nashville.

“It was the stupidest thing I’ve ever done in my life. Moving countries with so little funds and no work. I don’t know what I was thinking,” she stated.

The singer bought herself a $5,000 car and was knocking on every door in town to see if they would let her on their stage and sing. She knew she had moved to the most competitive music city in the world, but five years later, she remains a fixture on the country music scene. 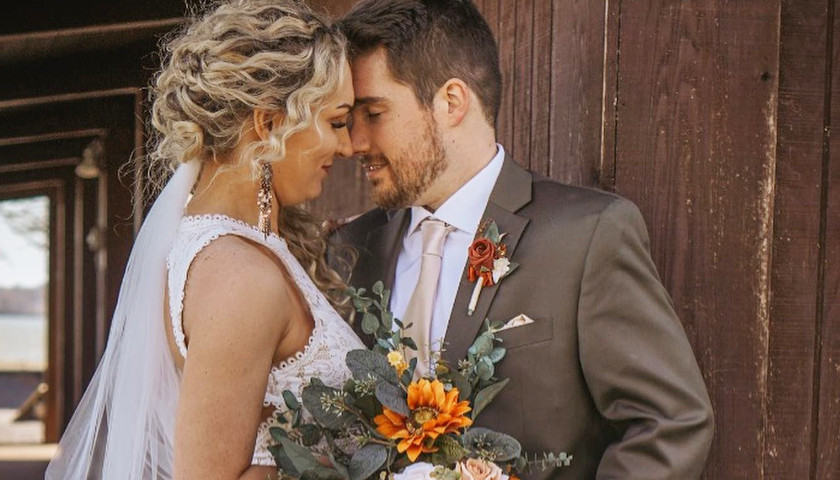 Burgoyne is married to American audio engineer and producer, Steve Kinney whom she met in a bar on Broadway, Nashville. Although he lived in Nashville, he was from New Jersey. All she could think about was the show, Jersey Shore, so that made her leery initially.

Eventually, they did get together and it has been a blessing because she has someone to help her with her career goals.

“I’ve got an in-house guy who does everything. He blows my mind that he can do anything.” she attests.

During the pandemic and before they were married, Kinney volunteered to make a record for her. “We’ve got nothing else to do,” he expressed.

In 2020, Burgoyne wrote the song 25 Cents In The Ashtray with Jacob Anderson. She and Kinney produced the video with no money. The pair proved how resourceful and talented they are by putting out a meaningful, autobiographical song during COVID that is uplifting as well.

After the lockdown was over, Kinney began pursuing music production full-time and the pair continue to work on projects together.

Since releasing her debut album in 2011, Burgoyne has secured four top 10 singles. Her successes include her song “Tennessee” being #1 on CMT Australia and #3 on Australian Country Radio. She was named Best New Talent and Female Artist of The Year CMAA Nominations and had a Top 10 ARIA charting album. Additionally, Burgoyne has accrued over 87k followers on TikTok.

Her hit single “Tennessee” is based on the experience of moving to Tennessee while leaving a boyfriend back in Australia. They eventually broke up which prompted her to write the song.

She explained, “It was written on a Sunday afternoon after getting back to Memphis. I was very single at the time and I sat down and wrote this song as a way to release people who I had held onto. I wrote it for me. I didn’t think it would do as well as it did.”

She played it for Kinney and he wanted to include it on the EP they were working on. “Tennessee” would eventually become her first Spotify editorial playlist.

She also had a mega-hit with Australian favorite, Troy Kemp, “Before Summer Starts to Fall” which was released in 2021. Produced and written with her husband and Kemp, it is the perfect song for those who are not ready to let go of summer.

Burgoyne and Kinney are newlyweds who just got married this past March. They got married in a cabin with mason jars and barbeque and live-streamed the event to her family in Australia.

It was very lowkey, but meaningful. “I’m low-maintenance,” she confessed.

Her latest single, “I Wanna Get Away With You” is about meeting her husband where she had “the best first date I’d ever had.” After three weeks, she returned to Australia for a few months and thought it was the end. But after a while, Kinney invited himself for visit and they eventually fell in love and have been together ever since.

With the start of the summer, “I Wanna Get Away With You” is Burgoyne’s stunning contribution to the beloved love songs in the country genre.

Her voice is velvety and vibrant but has a rasp that carries through the whole song. Katrina can go toe-to-toe with the strongest vocalists in country music, and that ability is on full display in this track.

The music video was released a few weeks ago and was the first video where she performed with a full band. The playful love song is one you will want to put on repeat.

The singer/songwriter will continue to release songs throughout the year as she tours locally. Burgoyne is a favorite at Puckett’s in the Nashville area and is also a regular performer in Louisville, Kentucky.