Economist: ‘When It Comes to Connecticut, Businesses Are Being Incentivized to Look Elsewhere’ 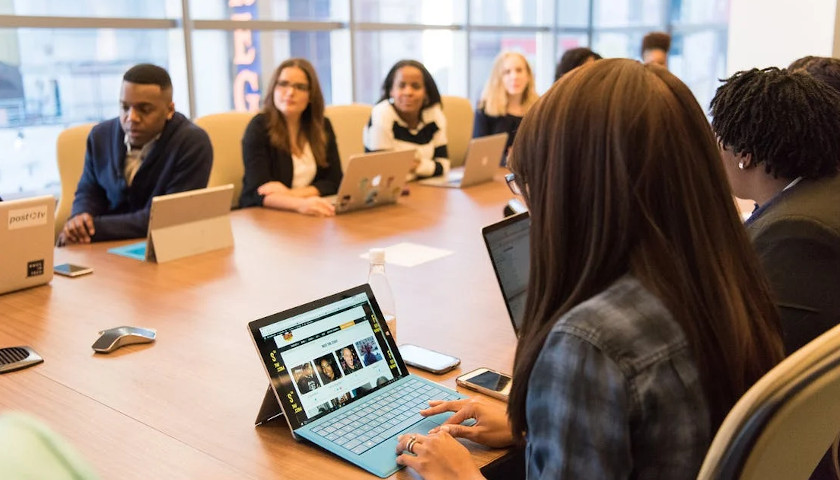 LEGO Group’s decision to spend $1 billion to build a new factory near Richmond, Virginia, has led economy and industry experts to raise questions about the status of the Denmark company’s Connecticut headquarters.

The global toymaker announced at a press conference with Virginia Governor Glenn Youngkin (R) its plans to build its first U.S. manufacturing plant in Chesterfield, a move that would expand its production in the United States and create about 1,760 new jobs.

I’m thrilled to officially welcome @LEGO_Group to Virginia. They will invest over $1 billion to construct its first U.S. manufacturing plant in Chesterfield County, creating over 1,760 new jobs. We look forward to a long and successful partnership. https://t.co/A2QHv9rsys pic.twitter.com/9gasGpkeDH

DataCore Partners economist Donald Klepper-Smith told CT Post that “when it comes to Connecticut, businesses are being incentivized to look elsewhere.”

“Economic development these days speaks to cost structures,” he said. “Forty percent of your long-term job growth is a function of the cost of doing business.”

LEGO Group CEO Niels Christiansen said in a press statement the “location in Virginia allows us to build a solar park which supports our sustainability ambitions and provides easy links to country-wide transportation networks.”

“We are also looking forward to creating fantastic employment opportunities for the people of Virginia,” he added.

In a separate press release, Youngkin said LEGO’s decision to build its new factory in Virginia “shines a global spotlight on the advantages that make the Commonwealth the best business location in the nation, and we look forward to a long and successful partnership with this iconic company.”

“The LEGO Group currently employs approximately 2,600 people in the U.S. where it has been operating since the 1960s,” the company noted in its press statement. “Its U.S. head office is in Enfield, CT, and operates 100 LEGO branded stores across the country.”

According to the news report, LEGO Group spokeswoman Jennifer MacDonald said the company’s expansion in Virginia “will have no impact on the size and scope of our Enfield headquarters.”

A spokesman for Connecticut Gov. Ned Lamont (D) also said LEGO Group’s commitment to its Enfield headquarters was reaffirmed in a conversation between the company and the governor.

Max Reiss said in a statement:

Gov. Ned Lamont spoke with senior leadership of LEGO earlier [Thursday] and they affirmed their commitment to keep their headquarters and presence in Connecticut. “It is commonplace for corporations to invest and expand in multiple states — and they do so for a wide variety of strategic reasons. LEGO has been and continues to be a fantastic partner with our state and we look forward to strengthening this relationship now and into the future.

But the question remains whether Connecticut was ever considered by LEGO Group as a site for its new factory, and whether its factory development project in Virginia is a sign the company plans an exodus from Connecticut.

According to CT Post, LEGO Group’s MacDonald said her company’s leadership “looked across the Americas at a wide range of locations for this investment.”

Fred Carstensen, a professor of finance and economics at the University of Connecticut (UCONN), said Connecticut officials “better be worried.”

“Physical proximity of a headquarters to manufacturing facilities is definitely a factor companies consider,” Carstensen, director of the UCONN School of Business’ Connecticut Center for Economic Analysis, said.

“You would think the first thing LEGO officials would have thought is ‘can we do it in Connecticut?’” he pointed out, but added the state’s “transportation problems” likely removed it from consideration.

“The absence of (significant) freight rail service and an inland port are a real problem,” he noted.

“Our factories are located close to our biggest markets, which shortens the distance our products have to travel,” said Carsten Rasmussen, chief operations officer at the LEGO Group, in the press release announcing the company’s factory project in Virginia.

“This allows us to rapidly respond to changing consumer demand and helps manage our carbon footprint,” he said. “Our new factory in the U.S. and expanded capacity at our existing site in Mexico means we will be able to best support long-term growth in the Americas. We are fortunate to find a location where we can begin construction quickly and create temporary capacity in under two years.”

The news of LEGO Group’s huge investment in a new factory in Virginia comes amid aerospace company Boeing’s announcement in May it would be moving its headquarters from Illinois, another Democrat-led state, to Arlington, Virginia.

“The region makes strategic sense for our global headquarters given its proximity to our customers and stakeholders, and its access to world-class engineering and technical talent,” Boeing President and Chief Executive Officer Dave Calhoun said about the move.

Similarly, construction and mining equipment giant Caterpillar Inc. announced last week it will move its global headquarters from Illinois to the company’s existing office in Texas.

“We believe it’s in the best strategic interest of the company to make this move, which supports Caterpillar’s strategy for profitable growth as we help our customers build a better, more sustainable world,” said Chairman and CEO Jim Umpleby in a press release.

With no state income tax and fewer regulations, Texas has attracted more companies relocating their headquarters, especially from California, another Democrat-led state.