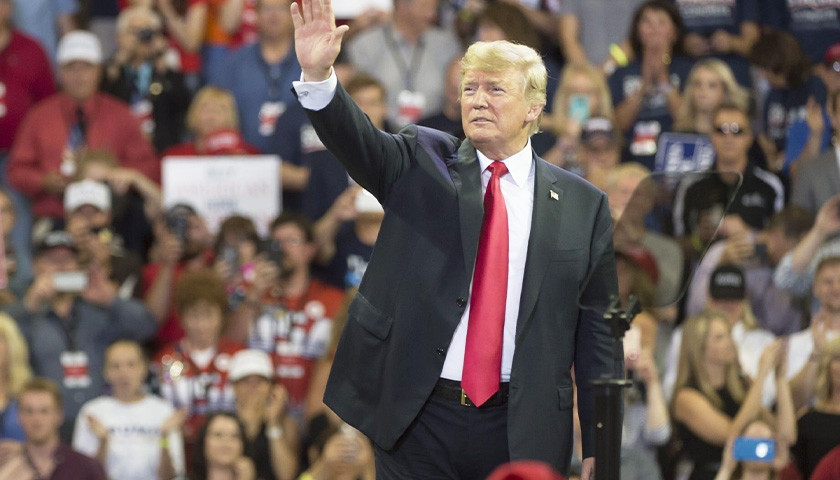 Former President Donald Trump Saturday took aim at his political rivals on the Select Committee on January 6, which for weeks has been holding televised hearings about the riot at the Capitol on January 6, 2021.

Cheney is a Republican with a notable anti-Trump record.

Trump blasted the politicians at a Saturday rally in Memphis.

“But with their pathetic show trial, the ‘unselects’ are doctoring the video of six-, eight- and 10-hour depositions,” Trump said. “People are going for 10 hours, and they’re exhausted, and they’ll take a three-second soundbite and they’ll put it out.”

He called members of the committee “sick,” and noted that they are trying to “destroy” those who were charged with crimes stemming from the riot, most of whom committed non-violent crimes.

Trump referred to the infamous “Mueller investigation” which found no evidence of collusion with Russia, despite Democrats labeling him a Russian stooge during the 2016 election campaign and thereafter. He also referenced his second impeachment – over a phone call made to then-Ukrainian President Viktor Yanukovych – wherein Democrats accused him of a “quid pro quo.”

Trump was never removed from office despite the impeachment efforts, and he suggested that the January 6 committee is simply another partisan effort to take him down as he weighs another run for president in 2024.

“The false and ridiculous story they’re pushing of a so-called ‘insurrection’ to overthrow the United States government,” Trump said while chuckling, “is a complete and total hoax and everyone knows it. And you know who knows it best of all? The ‘unselects.’ The ‘Unselect Committee.'”

Trump then noted various instances of proven voter fraud during the 2020 election.

He has maintained since the election that it was rigged against him in favor of President Joe Biden.

Pete D’Abrosca is a reporter at The Tennessee Star and The Star News Network. Email tips to [email protected].
Photo “Trump Rally” by CTSP2020. CC BY-SA 4.0.