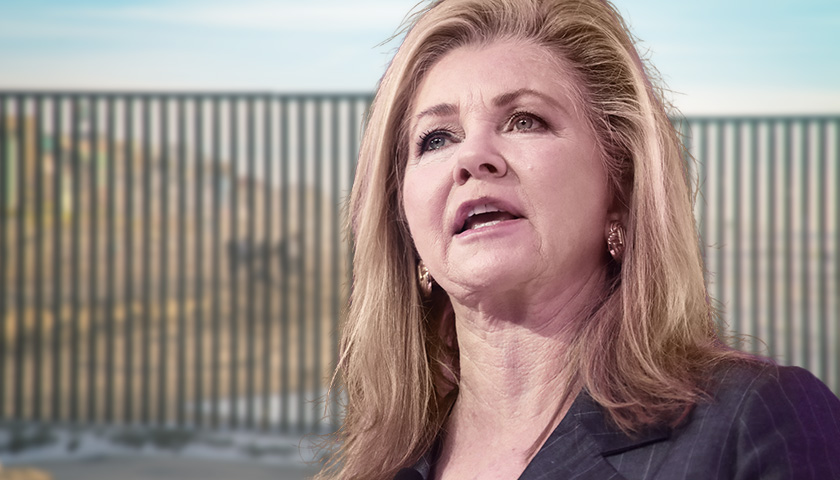 NASHVILLE, Tennessee – In an exclusive interview with The Tennessee Star, Tennessee U.S. Senator Marsha Blackburn blasted the Biden administration, saying in regard to inflation, rising gas prices, and border emergencies that “they are doing this intentionally.”

Blackburn spoke with The Star backstage at the Faith and Freedom Coalition’s Road to Majority Conference.

“When you talk to Tennesseans, they look at the steps this administration has taken – whether it’s on inflation or energy or whether it is the open border – what they are beginning to figure out is that they are doing this intentionally,” she said.

The senator explained in detail why she believes that the Biden administration is being intentional in creating crisis after crisis.

“An open border is this administration’s border plan. The rising price of gas is their intention because they shut down Keystone. They took Alaska offline. They stopped fracking. They’re not drilling offshore,” Blackburn detailed. “All of these things add to the fact that we are no longer a net exporter of energy and energy-independent. We’re importing at least 670,000 barrels of oil per day.”

“Joe Biden is going to go hat in hand to Saudi Arabia to see if they’re going to help bail us out on this,” she added. “We need hydrocarbons. We need oil and gas in this country. It takes all of the above to be energy-independent and we are on the wrong track now.”

Previously reported, MSNBC singled Senator Blackburn out for criticism of her views on the Biden administration’s role in the inflation and energy disasters. The Star asked her why she thinks they did that.

“I am a conservative, life-female. My voting record is the most conservative, or in the top of conservatives in the Senate. They cannot stand when there is an effective female, conservative voice because I am not part of the leftist female cabal,” said the senior senator from Tennessee.

The discussion turned to the pending decision before the U.S. Supreme Court that is expected to overturn Roe v. Wade. Blackburn shared her thoughts with The Star on that matter.

“We’re very concerned on what is happening with the Supreme Court justices,” she added, talking about concerns for the individual justices’ safety.

“We are very hopeful that Roe v. Wade is going to be set aside, that you will see the primary responsibility removed back to the states and the people, and that our states will zealously stand up and defend life. Then, as we need legislation at the federal level, we will step up and be there to support and push that legislation,” Blackburn concluded.