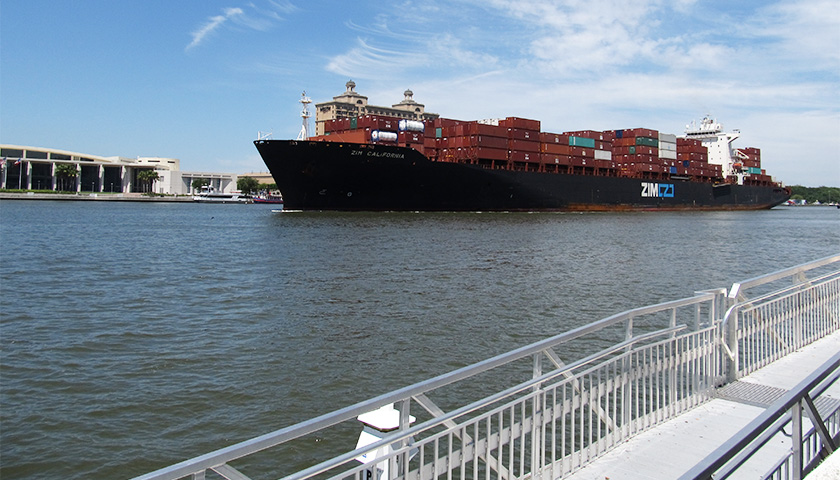 The Georgia Ports Authority moved a record number of twenty-foot equivalent container units in May, eclipsing the previous record set in October 2021.

For the first five months of the year, GPA numbers show that the movement of TEUs is up about 4.5% over the same period last year. The record comes as the GPA spends millions to expand its facilities to handle increased demand.

“Strong consumer demand continues to drive higher volumes at the Port of Savannah,” GPA Executive Director Griff Lynch said in an announcement. “The infrastructure improvements and pop-up yards approved by the GPA Board have enabled our operations to maintain the flow of cargo across our terminal, despite unprecedented container volumes passing through the port.”

In addition to TEUs, the GPA saw a 28% increase in breakbulk cargo for May. Breakbulk commodities, including iron and steel, rubber, and forest products, increased by 70,780 tons to reach 320,722 tons in May.

Last month, the GPA said it planned to spend roughly $430 million on infrastructure improvements at the Port of Savannah. The ports authority will cover $395.4 million, funded through the authority’s proceeds, while the federal government is chipping in a $34.6 million grant.

In addition to port upgrades, the federal government is sending more than $9.1 million to fund upgrades to a pair of Georgia-owned railroads. The money for the Heart of Georgia Railroad and the Georgia Southwestern Railroad is part of the Consolidated Rail Infrastructure and Safety Improvements grants program for projects nationwide.

“With the Port of Savannah continuing to grow, our railroads play a key role in getting goods where they need to be not only in the state of Georgia but throughout the Southeast,” Georgia DOT Commissioner Russell R. McMurry said in an announcement.

T.A. DeFeo is a contributor to The Center Square.
Photo “Freighter Approaching Port of Savannah” by Ken Lund. CC BY-SA 2.0.