Commentary: ACLU Features Man Who Says the Words ‘Girl,’ ‘Woman,’ and ‘Wife’ Were Historically Used to Demean Women as ‘Sluts’ 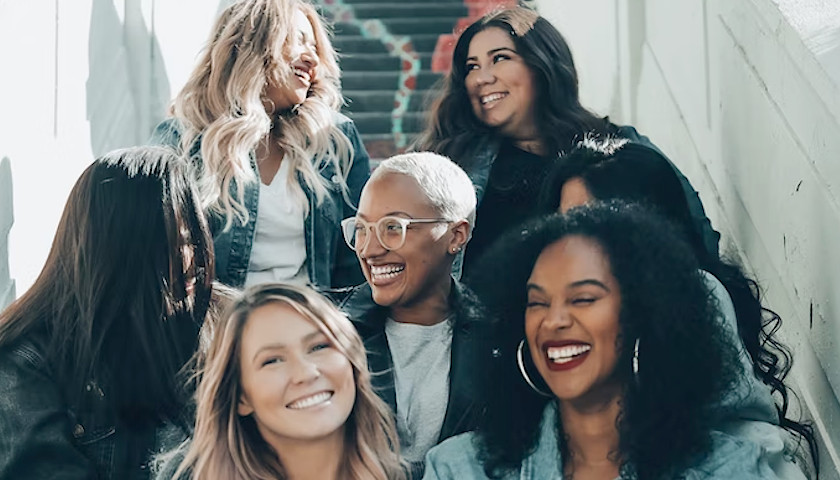 The American Civil Liberties Union hosted a podcast earlier this month in which a man who identifies as non-binary, Alok Vaid-Menon, argued that society should discard the “gender binary.” People who do not affirm transgender and non-binary identity, the mixed-media artist and activist argued, are acting out of grief over being forced by society to be either masculine or feminine.

The podcast was released as part of the ACLU’s celebration of Pride Month and comes as the organization has embraced radical gender theory and full-throated progressivism, despite the fact that some staffers wish for the organization to return to the days when it advocated for free speech and civil liberties.

That internal discord was on public display in September after the organization published a tweet that altered the words of late Supreme Court Justice Ruth Bader Ginsburg to force gender neutrality upon it — and then retracted it. (It read: “The decision whether or not to bear a child is central to a [person’s] life, to [their] well-being and dignity. When the government controls that decision for [people], [they are] being treated as less than a fully adult human responsible for [their] own choices.”)

At the time, the executive director of the ACLU, Anthony Romero, told the New York Times that he regretted the tweet. Yet Romero maintained adherence to the ideology behind the alteration of the quote and argued that Ginsburg, who died in 2020, would support such an ideology were she alive today.

The podcast featuring Alok Vaid-Menon shows how far to the fringes the ACLU has gone with gender ideology, taking it to its logical conclusion that there is no such thing as a man or a woman.

In the ACLU’s podcast, “At Liberty,” Vaid-Menon argues that people who oppose “trans and non-binary life” are really displaying “unprocessed grief” over “the ways in which their imagination was circumscribed.” He said: “Because the truth is, none of us were born stereotypical Barbie or Ken. We were made into such.”

Vaid-Menon takes this a step further, arguing that this is “a story of stifling dissent” because “each person actually had a desire, an interest, a passion, a proclivity, a way of being that didn’t fit into what women or men were supposed to do.”

He tells his audience that their loved ones sold them the “lie” that everyone is either a man or a woman and that they must fit into one of these two categories.

“And it is, I think,” he said, “easier to demonize trans people than it is to reckon with that heartbreak, the intimate betrayal of the people who said that they loved us and that they were there to protect us, actually coercing us into silence, requiring self-immolation in order to be loved.”

Vaid-Menon argued that the concepts of “men” and “women” really mean “white men” and “white women” because the societal understanding of each comes only from Western thought. “For thousands of years,” he said, “black people, indigenous people, and people of color have existed outside of the Western gender binary and had different ideas of what it meant to be and look and act like a man or a woman.” Society’s definition of “manhood” and “womanhood,” he asserted, emerged in the late 18th and early 19th centuries as part of the eugenics movement.

Vaid-Menon then took on the counterargument that LGBTQ activists are just making up genders. “The word ‘woman’ was made up,” he said in response. “I want to remind people that every single word used to describe women: ‘girl,’ ‘lady,’ ‘woman,’ ‘wife,’ actually has historical connotations that were used to demean and bemoan women as sluts, as heathens.” The people who were creating language at the time, he asserted, were “patriarchs” who wanted to “stabilize the status quo.”

The host of the podcast, Kendall Ciesemier, who is the ACLU’s executive producer of multimedia, joined Vaid-Menon in pushing against the critique that this could constitute the erasure of women. If people can’t “conceptualize” the importance of using “inclusive language” like “pregnant people,” she says, she will “feel very worried about our future and our ability to stand firm in this commitment to upending the entire system.”

Vaid-Menon’s claims that the words “girl,” “lady,” “woman,” and “wife” were used to demean women as “sluts” become more disturbing in light of some of his past statements.

On a poetry page called Dark Matter, which Vaid-Menon ran with his friend Janani Balasubramanian, the two said: “I believe in the radical notion that little girls, like the rest of us, are complicated people. There are no fairy tales and no princesses here. Little girls are also queer, trans, kinky, deviant, kind, mean, beautiful, ugly, tremendous, and peculiar. Your kids aren’t as straight and narrow as you think.”

This statement came in the context of discussing permitting men who identify as transgender to enter into women’s bathrooms. The post on Dark Matter said: “These days the narrative is that freaky transgender people (or as they say ‘crossdressers’) will come into your bathrooms and abuse innocent little girls. This type of legal/carceral culture relies on two things: the construction of morally abhorrent perpetrators AND the production of pure, innocent victims.” The two went on to dispute the notion that little girls are innocent.

The American Civil Liberties Union promotes itself as a defender of “women’s rights,” but such a moniker is debatable in an organization that has become increasingly uncomfortable with acknowledging distinctions between the two sexes. The organization has put its full force behind the transgender movement, defending medical transition for children and allowing biological men to play in women’s sports. It has sued Catholic hospitals for not performing surgeries that attempt to make a person appear as though they are the opposite sex.

In one of the clearest examples that the ACLU has abandoned its traditional role of defending civil liberties in favor of promoting radical progressivism, its deputy director for transgender justice, Chase Strangio, said in 2020 regarding Wall Street Journal contributor Abigail Shrier’s book, Irreversible Damage, “Stopping the publication of this book is 100% a hill I will die on.”

Former ACLU lawyer David Goldberger, who argued the organization’s famous case in defense of the free speech rights of Nazis, told the New York Times in 2021: “I got the sense it was more important for A.C.L.U. staff to identify with clients and progressive causes than to stand on principle.”