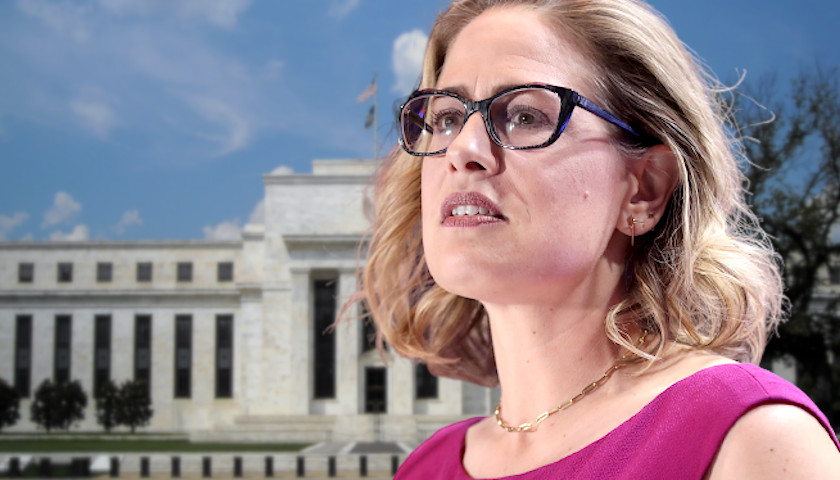 Senator Kyrsten Sinema (D-AZ) criticized the Federal Reserve for being too slow to react to inflation that is crippling the country.

In response to the growing crisis, the group raised interest rates by 0.75 percentage points, which is the largest increase since 1994.

“The reality is — and I think others share my opinion here — that we wish the Fed had taken some action sooner before this crisis got as bad as it is,” Sinema said on KTAR News 92.3 FM’s Arizona’s Morning News.

Furthermore, Sinema indicated that she attempted to warn the Biden administration of the crisis before it progressed.

“I was waving a flag way back last year saying, ‘no, this is a real problem. It’s not going to be transitory,'” Sinema added. “This is an issue that needs to be addressed and obviously the government has taken too long to address this.”

Similarly, Republicans have blasted the Biden administration for largely dismissing the original trajectory as “transitory.” Treasury Secretary Janet Yellen has walked back her statements, admitting she was wrong about her projections. Georgia U.S. Senate candidate Herschel Walker called on the president to fire Yellen.

“Inflation is out of control and the U.S. economy is in free-fall: it’s time to fire Janet Yellen. We have to restore accountability and integrity to Washington. In the business world, if you don’t do your job – you get let go,” Walker said in a statement. “She has failed the American taxpayers and needs to be held accountable. It’s time for her to go.”

The continued issue may place Sinema’s colleague, Senator Mark Kelly (D-AZ), in political trouble. Kelly is up for re-election in the November midterms, and many voters are blaming President Joe Biden and Democrats for the spike in the price of gas and other consumer goods.

Recent polling indicated Republicans hold an approximately 20-point lead over Democrats in the minds of voters on who is best to battle inflation.