National Republican Senatorial Committee Chair Rick Scott on Bipartisan Senate Gun Deal: ‘If They Focus on Gun Control, There Won’t Be a Deal’ 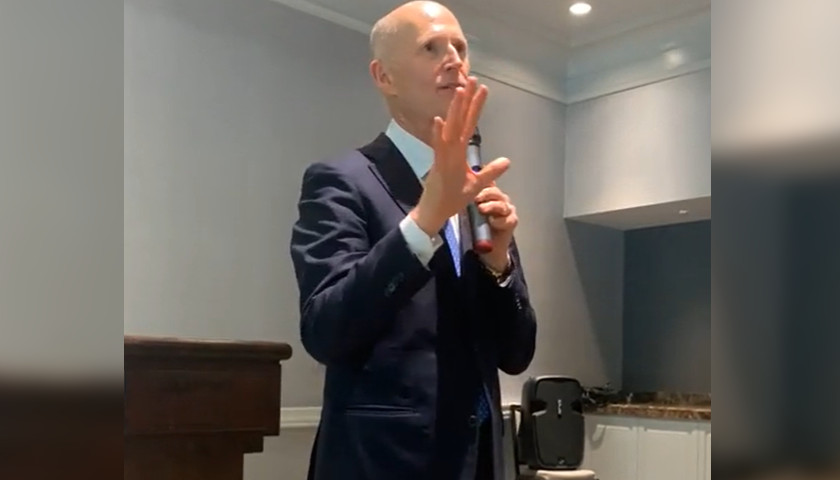 In response to a question asked by The Star if he thought the deal would come to pass, Scott said, “I think if they focus on school safety, there’s an opportunity. If they focus on gun control, there won’t be a deal.”

The red flag law section of the announcement read, “Provides resources to states and tribes to create and administer laws that help ensure deadly weapons are kept out of the hands of individuals whom a court has determined to be a significant danger to themselves or others, consistent with state and federal due process and constitutional protections.”

Republican Senate leader Mitch McConnell said a couple of days later, “I’m comfortable with the framework, and if the legislation ends up reflecting what the framework indicates, I’ll be supportive.”

“I think the most important thing to remember is we already have laws on the books to give the government the ability to get weapons out of the hands of people who suffer from mental health issues, but the key thing is those existing laws give them due process,” Jacobs explained, referencing the fact that Baker laws already exist in all 50 states.

“Red flag laws go against all Anglo-American jurisprudence. They deprive people of their rights without due process,” he added.

Scott’s statement to The Star may signal that Republicans in the U.S. Senate may not be as willing to sign on to the compromise legislation as first thought.

ABC News reported on Thursday that the talks over the legislation appear to have stalled. One of the provisions that is holding things up is said to be the red flag law incentives that would be given to the states that enact such legislation.

The Star additionally spoke with Scott about why he feels the Republicans are going to take control of the U.S. Senate and key issues that will decide the 2022 midterm elections.

“Number one is candidates. We have great candidates. Their candidates are far left Bernie Sanders disciples,” said Scott. “Joe Biden’s numbers are crumbling. This is an election about the incompetence of Joe Biden and the Democrats.”

Senator Scott also talked about the races he thinks that the Republicans will in November, including the ones that most people will consider to be surprise victories for the GOP.