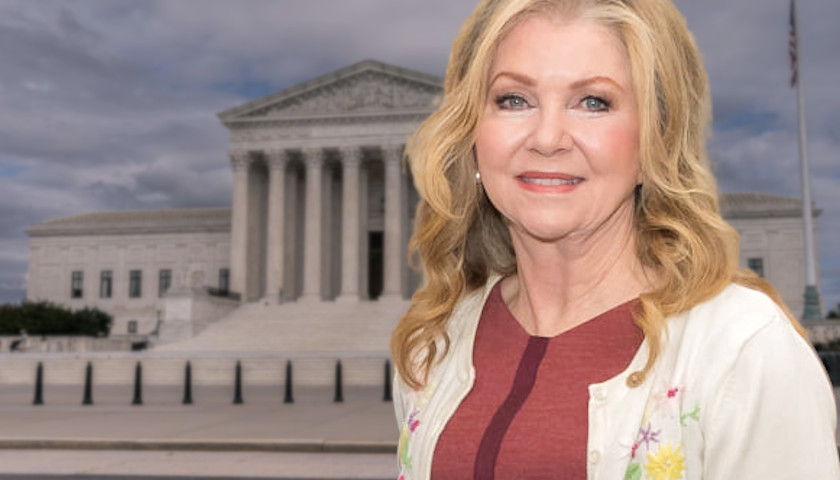 Left-wing individuals have flocked to the homes of conservative members of the Court, following a leak from the Supreme Court that indicated the group favors overturning Roe v. Wade.

In fact, one individual who devised a plan to murder Justice Brett Kavanaugh was arrested near his home after the individual traveled all the way from California.

“This toxic and dangerous climate was not just foreseeable, it was foreseen. Several of us wrote your office on this subject a month ago. Our letters went unanswered for weeks until Senators received a frantic flurry of perfunctory non-answers only after the arrest of Justice Kavanaugh’s would-be assassin had taken place and become a national news story,” the group wrote. “Why did it take an assassination attempt to get your and the Department’s attention? Is this reflective of the care and attention your Department has for judicial safety? Somehow, the situation is only escalating. Not only did the illegal picketing resume mere hours after the assassination attempt on Justice Kavanaugh, but reports are that those seeking to intimidate the Justices at their homes plan to expand their campaign of harassment to their children’s schools. Enough.”

So far, Attorney General Merrick Garland has declined to take action against the protestors that have targeted the home and vowed to expand to other aspects of the justices’ lives.

“We want to know why you aren’t prosecuting these Section 1507 violations. We are aware that President Biden has endorsed home protests for justices, but as you told us repeatedly, your decisions whom to prosecute would not be decided by the White House,” the group added.

Cooper Moran is a reporter for The Tennessee Star and The Star News Network. Email tips to [email protected]
Photo “Marsha Blackburn” by Marsha Blackburn.