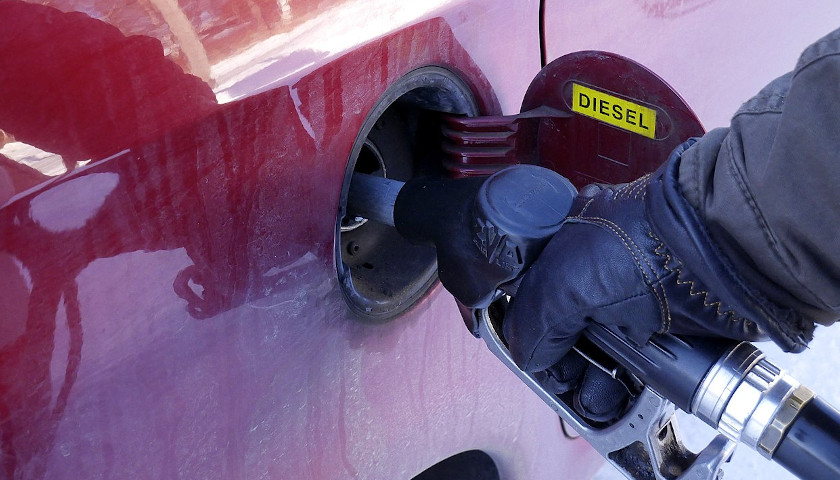 A new tax will be hitting certain drivers in Connecticut, as the state’s tax commissioner announced an increase of the state’s diesel tax.

According to an announcement from the office, the rate will increase from 40 cents to 49 cents – a 23 percent increase for consumers.

“The Commissioner utilized the statutorily prescribed formula and calculated the motor vehicle fuels tax rate applicable to the sale or use of diesel fuel for the period from July 1, 2022, through June 30, 2023, to be 49.2¢,” the release stated.

The change in the tax happens each year; however, this year, amid record prices in the state, the added expense will further hurt residents of the state.

Based on information from the American Automobile Association (AAA), current diesel prices sit at an average of $6.167, slightly lower than the record high that was set earlier this year.

Republicans in the state, including gubernatorial candidate Bob Stefanowski, have called on Governor Ned Lamont to suspend the tax, delaying the spike in prices.

“Apparently championing Joe Biden’s policies that have created skyrocketing inflation and gas prices wasn’t enough for Ned Lamont, he wants to inflict more pain on Connecticut families,” added RGA Spokesman Chris Gustafson. “Instead of heeding Bob Stefanowski’s advice and working with Republicans to suspend the diesel tax and give families relief, Lamont is choosing to once again to punish consumers when they can least afford it.”

However, Lamont has resisted the calls, arguing a majority of the state’s residents do not buy diesel.