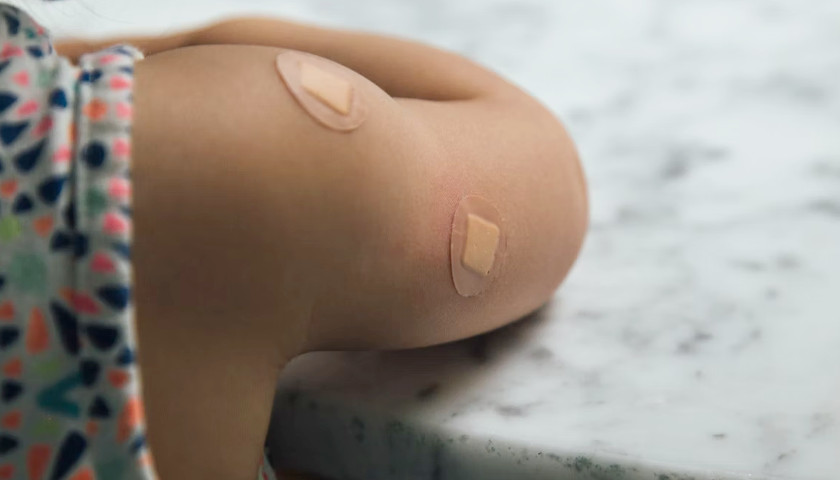 The Food and Drug Administration’s (FDA) vaccine advisory panel unanimously voted Wednesday to recommend the Moderna and Pfizer COVID vaccines for infants and young children despite an abundance of calls from physicians, children’s health organizations, and members of Congress to refrain from approving the shots for a population that shows the least risk for serious disease from COVID.

The Vaccines and Related Biological Products Advisory Committee (VRBPAC) voted, 21-0, in favor of recommending Emergency Use Authorization (EUA) for the Moderna and Pfizer mRNA COVID vaccines for infants, toddlers, and preschool-age children.

“I know that there are a lot of very relieved parents, almost certainly who are listening to this right now,” VRBPAC panelist Jay Portnoy, M.D., of Children’s Mercy Hospital in Kansas City, said, as reported by MedPage Today. “They’ve been waiting for a very long time.”

Other panel members concluded the benefits of the vaccines outweigh the risks or that families should have the choice to vaccinate their youngest children.

“I’m very concerned they are using very little primary data in that age group,” he noted. “Instead they are extrapolating, assuming data from older people apply to 6-month-old babies. What they call “immunobridging.”

Listening now to FDA deliberate on mRNA vaccines for kids 6-23 months old, I'm very concerned they are using very little primary data in that age group. Instead they are extrapolating, assuming data from older people apply to 6-month-old babies. What they call "immunobridging" /4

The Ignore Natural Immunity Policy of public health officials has been convenient for pushing a simple vaccine message. Its also been highly profitable to Pharma. But its scientifically dishonest & resulted in a collapse in public trust in health agencies: https://t.co/8dKZmMZWUs

“All the risks are to the innocent children and all of the billion-dollar rewards go to the government-protected pharmaceuticals,” Gohmert said following the unanimous vote.

“All the risks are to the innocent children + all of the billion-dollar rewards go to the govt-protected pharmaceuticals.” @replouiegohmert (R-Texas)#TheDefenderhttps://t.co/aaHmX8J5HX

“I’m deeply concerned that the push to vaccinate these children is nothing more than a dystopian experiment with unknown consequences,” Gohmert told the panel, pointing out he and other members of Congress who wrote to VRBPAC with questions concerning the vaccines’ safety, effectiveness, and necessity for infants and young children “have not received any answers.”

Even @DrPaulOffit — who said 👶 can safely have 10K [email protected] — has questioned C-19 shots + boosters.

But on #VRBPAC he always votes 👍

What will it take?? How many damaged + ☠️ kids until you finally vote #NoToEUA?#HandsOffOurChildren #SaveTheBabies

In comments to The Star News Network, Jane Orient, M.D., executive director of the Association of American Physicians and Surgeons (AAPS), warned of what has already been observed in adults who have been vaccinated and boosted.

“Apparently, at least 30,000 cases of Adult Sudden Death Syndrome post-vaccine, with no other credible explanation, are allowed, but how many in children are allowed?” she asked. “It is far too early to see long-term effects such as infertility, cancer, or autoimmune diseases.”

Orient asserted the use of “experimental gene-therapy products in children is reckless and irresponsible at best.”

“Manufacturers are comfortable with their liability protection, but are doctors safe if they fail to warn parents, and if parents ignore mild symptoms that call for an urgent cardiac workup?” she asked.

Are there any studies that show a reduction in hospitalization or death for children that take a booster?  His answer: No.

“Then why is the government recommending it?” Paul asked.

Dr. Katarina Lindley of the World Council for Health also spoke during the FDA panel’s public hearing portion of the call. Lindley observed the Centers for Disease Control and Prevention (CDC) has already assessed that about 74.2 percent of children have had COVID already.

“Over 150 studies show natural immunity is superior,” she stated. “The infection fatality rate under 5 years of age is 0.1 in 100,000, or, one in a million. The risk of the shot in the already immune is higher than one in a million.”

Both Pfizer and Moderna expressly eliminated those that were naturally immune from their studies. They did this to avoid the hyperimmune response and, possibly, death. Vaccinating the already immune presents a serious threat for a hyperimmune response.

“Voting for some children to have a severe adverse reaction, and possibly death, if you vaccinate the already immune, there is zero reward,” she asserted. “These vaccines are not medically necessary or clinically indicated.”

The chance of a child dying of COVID-19 is virtually zero, and the majority of children already have antibodies. So why should they take any risk from a vaccine that has not even been shown to prevent infection or transmission?

“The number of children in studies is tiny, not nearly enough to determine safety,” Orient observed. “Yet some children under 5 have already had heart damage after getting the as-yet-unauthorized vaccine off label. How many child heart attacks or deaths are too many?”