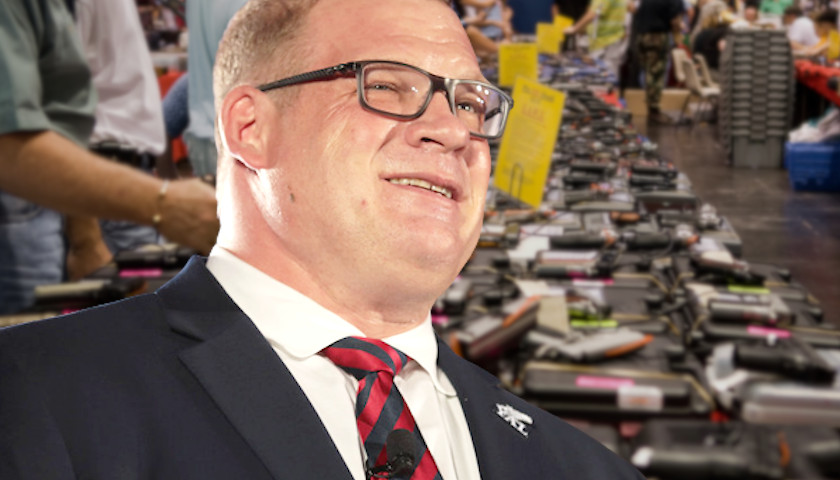 In an interview with The Tennessee Star, Knox County Mayor Glenn Jacobs explained the problem with red flag laws, how the Biden administration is hypocritical on the gun issue, and how the real topic of conversation should be securing the safety of schools.

“I think the most important thing to remember is we already have laws on the books to give the government the ability to get weapons out of the hands of people who suffer from mental health issues, but the key thing is those existing laws give them due process,” Jacobs explained, referencing the fact that Baker laws already exist in all 50 states.

“Red flag laws go against all Anglo-American jurisprudence. They deprive people of their rights without due process,” he said.

Jacobs made clear that he does not want weapons in the hands of the mentally ill, but the existing laws are already sufficient to address concerns.

“Of course, we don’t want people who are a danger to themselves or society, I understand that argument, but we don’t need any more laws than are already on the books,” he said.

Jacobs then pointed to Hunter Biden’s lie when he filled out Form 4473 while purchasing a gun as an example of how the Biden administration is hypocritical on the issue.

According to the NRA:

In order to purchase a firearm from an FFL, a buyer must fill out a Form 4473. The form asks, “Are you an unlawful user of, or addicted to, marijuana or any depressant, stimulant, narcotic drug, or any other controlled substance?” Hunter answered “no” to this question.

“Hunter Biden shows more ‘rules for thee and not for me,'” he said.

“He should be charged for lying on his form. If they’re serious about this, the first thing they should do is clean up their own house. They’re [the Biden administration] is trying to clamp down but they’re not talking about that,” concluded Jacobs.

Jacobs then turned the discussion to school safety, which is what he says the public policy conversations should be centered upon.

“We do need to have a very serious conversation about school security. We can make them secure without making them prisons. We do it here in Knox County. We already have single-point entry and SROs and we can do it elsewhere,” he said.

“That’s really what the conversation should be, centered on school safety,” emphasized the mayor.

“If there’s a role the federal government should play, they should look into how they can help the smaller school systems find resources that big ones have but can’t due to lack of resources,” he concluded.

Jacobs had said in a tweet earlier on Wednesday, “The problem with red flag laws is they violate due process by operating under the assumption that one is guilty unless they can prove their innocence. States already have Baker laws on the books, which accomplish the same thing while still respecting due process.”