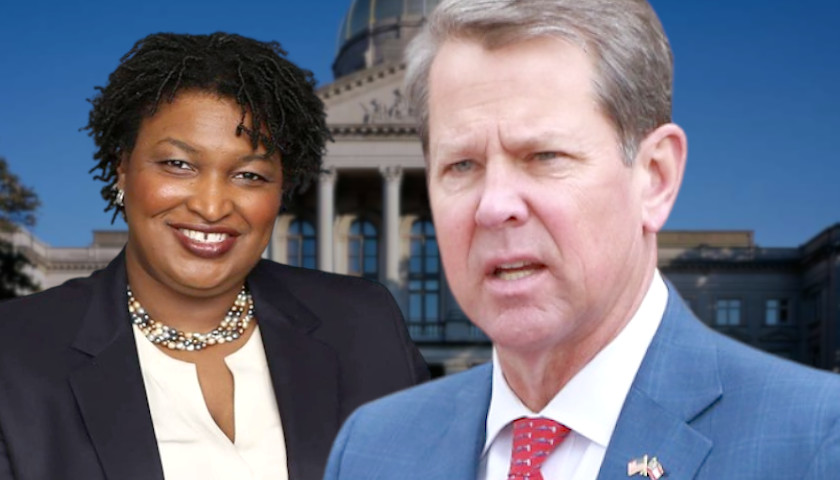 Governor Brian Kemp condemned Stacey Abrams on Monday for her support for increased government involvement in the lives of Georgians.

With the field for the general election for governor of Georgia now set, Kemp spoke about the goal to prevent Abrams from reaching the highest public office in the Empire State of the South.

“Our battle is far from over. The fight for the soul of our state begins to make sure that Stacey Abrams is not going to be our governor or the next president,” Kemp said.

Kemp asserted that Abrams wishes to increase taxes for citizens of the Peach State.

A statement released on Tuesday by Abrams signaled a move to increase school spending.

Abrams stated and then reiterated that she will be able to fund the statewide pay raise for teachers “without increasing a single dollar in taxes,” but her remarks did not indicate how she intends to do so.

“Stacey Abrams wants her woke politics to be the law of the land and the lesson plan in our classrooms. Well, you know what? Not on my watch,” Kemp said.

Kemp challenged Abrams’ positioning herself as the “public education governor” of Georgia over her past calls for far-reaching government mandates.

“When Georgia got kids safely back in the classroom, Stacey Abrams wanted them to stay home in front of a screen, and when we gave people an option to wear a mask or get vaccinated, Stacey Abrams championed more government mandates on you and your family,” the incumbent Kemp said.