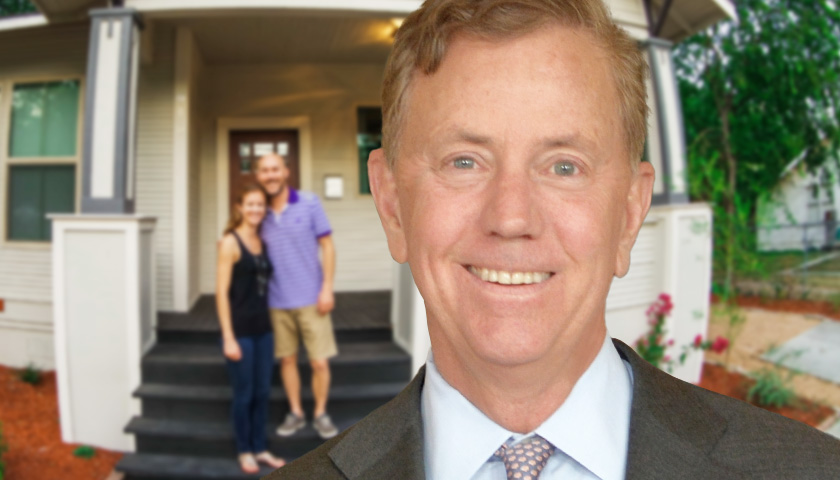 The governor announced the Time to Own program offering down payment assistance to low- and moderate-income homebuyers is now accepting applications. The program is funded with $20 million the State Bond Commissioner allocated in December 2021 to help families purchase homes.

“We all know one of the greatest obstacles to homeownership is having a down payment and covering closing costs,” Lamont said in the release. “This program breaks new ground, offering homebuyers the opportunity to secure their first home with help of an innovative, forgivable loan program. It will bring the dream of homeownership to life for thousands of Connecticut residents.”

According to the release, the program not only offers down payment assistance but also closing costs for those wishing to purchase a home through the state’s Housing Finance Authority’s First-Time Homebuyer Program. The program is being run by the state’s Department of Housing.

The program, according to the release, is open to those residents securing their first mortgage through the state’s Housing Finance Authority when purchasing their first home. The authority’s down payment program can also be utilized.

Loans, according to the release, are for 10 years and are 0% non-amortizing loans. Until the loan is fully paid, each year one-tenth of the principal amount is forgiven. Loans are determined through a series of criteria which includes financial need, ability to repay, and eligibility under the First-Time Homebuyer program.

The program, according to the release, is open to borrowers who have not owned a home in the last three years and have lived in the state for three years.

“Time to Own puts greater purchasing power in the hands of prospective homebuyers,” Nandini Natarajan, CEO and executive director of CHFA, said in the release. “The program not only arms them with the means to purchase their first home, but it also gives them greater choice about where they and their families will grow and thrive.”

According to the release, the program offers additional financial assistance to those homeowners wishing to buy homes in neighborhoods where the price of a home is higher than in other areas. Borrowers could be eligible for an additional $50,000 for these homes, while homes outside of those neighborhoods will be allocated up to $25,000.

Brent Addleman is an Associate Editor and a veteran journalist at The Center Square with more than 25 years of experience. He has served as editor of newspapers in Pennsylvania and Texas, and has also worked at newspapers in Delaware, Maryland, New York, and Kentucky.
Photo “Ned Lamont” by The Office of Governor Ned Lamont. CC BY-SA 4.0. Background Photo “Davis and Kara Buy a House” by Nan Palmero. CC BY 2.0.