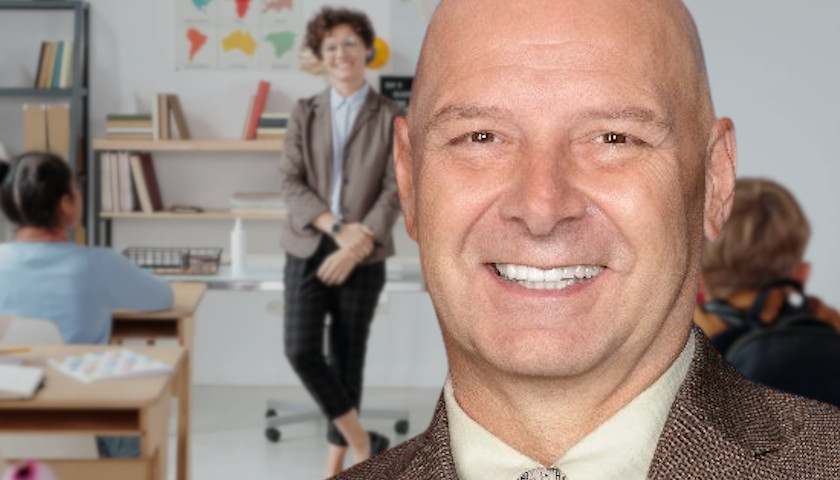 Under the proposal, teachers who hold concealed carry permits may be armed on school property provided they complete “a rigorous firearms course from a certified instructor.” Similar measures are now in effect in 28 states.

“Mass murderers are often attracted to ‘soft targets’ where they know victims are not armed,” Mastriano wrote in a memorandum on his legislation. “According to the Crime Prevention Resource Center, there has not been a single mass shooting in a school where staff were clearly allowed to carry a firearm.”

Mastriano suggested that the shooting at Robb Elementary School in Uvalde, Texas, on May 24, which resulted in 22 deaths including that of the 18-year-old who perpetrated it, should impel lawmakers to consider a measure like his.

In the decades since the 1999 Columbine High School massacre in Littleton, Colorado, many states moved in the direction of allowing permitted faculty or school staff to carry their weapons on school grounds. According to the 2019 paper by John R. Lott of the Crime Prevention Research Center, which Mastriano referenced and which analyzed states that allowed the arming of school employees, no injury or death resulted from a shooting at a facility on which such employees could carry guns. The only incident of note involved a gun that was accidentally discharged when a school was closed and that resulted in physical harm to no one.

By contrast, Lott wrote, the number of firearm deaths at schools that disallowed teachers to carry guns doubled in the period between 2009 and 2018 over the span between 2001 and 2008.

“Often gun control debates involve things that might go wrong if people are allowed to have guns,” Lott observed. “But we don’t need to guess. Schools that have allowed teachers to carry guns have been remarkably safe. There has yet to be a single case of someone being wounded or killed from a shooting, let alone a mass public shooting, at a school that lets teachers carry guns.”

Ohio is the most recent state to enact legislation facilitating the arming of teachers certified to carry guns. According to the bill that Gov. Mike DeWine (R-OH) signed on Monday, teachers can be armed on school grounds after completing 24 hours of training rather than the 700 hours — the same amount of time required for law enforcers — that they had to undergo before.

DeWine’s move has been met with resistance by some progressive local officials, including Cleveland Mayor Justin Bibb (D) who refuses to allow the arming of teachers in his city. (The state law permits such district-level refusals.)

In addition to Uvalde, the mass shooting in Buffalo, New York, that occurred 10 days earlier has pushed gun violence to the fore of public consciousness. In the latter case, the perpetrator authored a manifesto suggesting that New York State’s strict gun-control laws would make the kind of massacre he was planning easier to execute.

Pennsylvania Democrats have responded to the recent shootings with restrictive proposals of their own. State Sen. Art Haywood (D-Philadelphia) has proposed requiring eligibility licenses for firearm purchases. State Representative Tim Briggs (D-King of Prussia) has called for prohibiting the purchase or possession of body armor in the Keystone State.

Mastriano’s proposal to let teachers carry weapons at school has some chance of passage insofar as Republicans control both of Pennsylvania’s legislative chambers, but the bill’s prospects of getting signed by liberal Democratic Gov. Tom Wolf seem virtually nil. Briggs and Haywood’s measures, on the other hand, don’t even appear likely to get committee votes given the General Assembly’s overall resistance to gun control. Democratic House members tried to bypass the committee process and pass a ban on what they termed “assault weapons” last month, but that move failed by a significant margin.

Bradley Vasoli is managing editor of The Pennsylvania Star. Follow Brad on Twitter at @BVasoli. Email tips to [email protected].