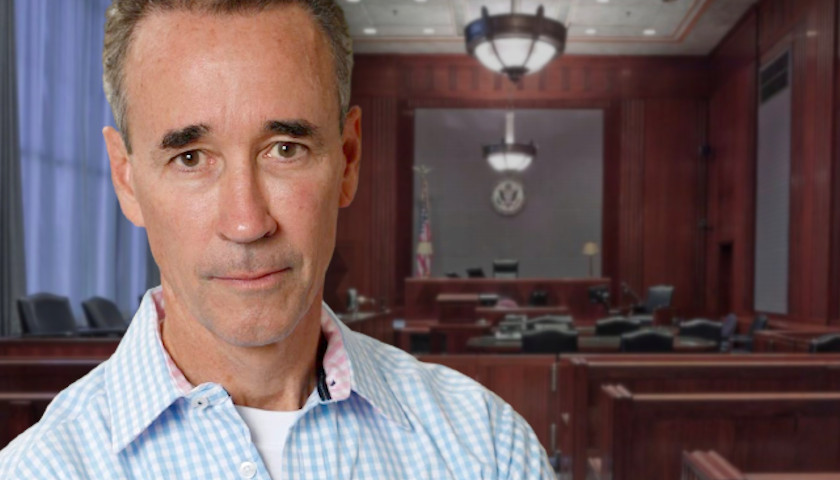 RICHMOND, Virginia – A Richmond District Court judge dismissed two requests for two-year protective orders against State Senator Joe Morrissey (D-Richmond), who was alleged to have threatened staff on his radio show. But hours of testimony from several witnesses were contradictory and incomplete, leaving a he-said-she-said story of an intense altercation partially supported by incomplete recordings.

Delegate Tim Anderson (R-Virginia Beach) represented the plaintiffs, who presented the most significant piece of evidence: a new audio recording captured by a reporter who was nearby in the building during the altercation, but the recording didn’t capture the whole exchange, and the speech in the recording was often unintelligible.

Still, the judge was able to understand at least one phrase from the recording.

The judge said, “First of all, there’s no question in the court’s mind that Mr. Morrissey said, ‘I’ll knock you out.'”

But the judge said that wasn’t enough to support the legal standard for a protective order — the context of the statement needs to be taken into account.

Morrissey’s legislative office and his legal office operate out of a small building in Southside Richmond, which also is the base for WJFN, the radio station that broadcasts The Fighting Joe Morrissey Show. WJFN owner John Fredericks, a conservative radio host who also owns The Virginia Star, approached Morrissey two years ago and asked him to host a radio show that would be a contrast to WJFN’s conservative line-up.

As part of that, Morrissey’s producer was Station Manager Derek Clark; both Clark and Morrissey testified that Clark’s conservative political positions tended to clash with Morrissey, creating a “heated” atmosphere, but that on only one previous occasion had there been a significant confrontation.

However, on May 4, Clark was preparing to hand off the production of Morrissey’s show to new hire David Pascoe. Pascoe sat in on Morrissey’s show, and interacted with Morrissey several times on the show, ultimately leading to a discussion of the leaked Roe v. Wade decision.

Pascoe pressed Morrissey on his stance: “So in a roundabout way of saying, you’re for overturning Roe v. Wade?”

Before going to a break, Morrissey said, “Don’t ever tell me what a roundabout way I’m doing. Do you understand that?”

Morrissey told the court that he was upset that Pascoe put words in his mouth.

In video of the incident shown to the court, audio from the room then cuts out, but Morrissey becomes visibly agitated on camera. Testimony from the witnesses described how Morrissey continued to confront Pascoe before Clark, who was producing the show, intervened. He told Morrissey to calm down and not to speak to employees in that way.

Clark told the court, “He [Morrissey] said he would beat my a**.”

But when he took the stand, Morrissey denied ever saying that. Witnesses called on behalf of Morrissey described a loud confrontation, but none of them saw or heard the whole exchange. Still, none of them heard Morrissey make that threat.

Morrissey appears to say he’d knock Clark out, which Morrissey denied, instead of saying he was telling Clark to get out of the office.

There were also other conflicting details: Clark and Pascoe said Morrissey rose out of his chair first during the confrontation. But Morrissey and some of the witnesses said Clark stood up first. One witness said it seemed like Morrissey might have been about to be attacked by Clark and Pascoe. Morrissey’s assistant came into the room at one point during the exchange, but the two sides disagreed over whether the assistant was trying to restrain Morrissey, or trying to tell him he had a guest for his next segment waiting for him. Clark said Morrissey confronted him on other occasions after the May 4 incident, but Morrissey denied that.

Pascoe testified that in an introductory conversation held before the radio show, Morrissey invited Pascoe to participate that day, understanding that Pascoe, who enjoys debate, would take a contrarian position to Morrissey. But Morrissey said that isn’t true — Pascoe was just there as an observer that day.

Morrissey testified that he was upset that the “brand new person who hadn’t been on my show for five minutes took over.”

He said he never told Pascoe to debate.

“It was bizarre,” Morrissey said.

Witnesses testified that after that, the three continued to work in the same small office, although there was an effort to not be in the building at the same time. Security staff was hired to protect Clark for a short period, and on May 20, Clark and Pascoe got temporary protective orders, but given the small building, there were conflicts requiring the order to be amended.

“We have a situation where we have a radio show that at the very least is designed to generate controversy,” the judge said.

Still, he found that the plaintiffs hadn’t met the legal threshold of proof required to have a long-term, two-year order issued.

In comments to reporters afterward, Morrissey said he’s used to having a target on his back, and called Clark a “350-pound bully” who behaved disgracefully.

“We live in a society right now where young people feel they’re entitled to anything,” Morrissey said.

Anderson told reporters that they might appeal the decision.

“I think the judge found that that threat wasn’t enough,” Anderson said. “I would think that people might disagree with that decision.”

He said, “In the context, like if I say, ‘I’m going to knock you out, you wouldn’t be able to get a protective order. But if I’m screaming and yelling in your face, you know, is that a different scenario?”

Eric Burk is a reporter at The Virginia Star and The Star News Network. Email tips to [email protected]starnews.com.
Photo ” Joe Morrissey” by Joe Morrissey.