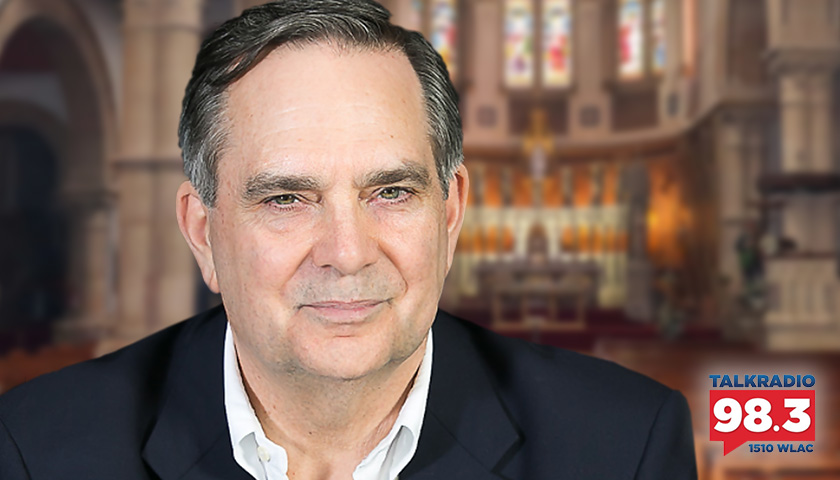 Live from Music Row Monday morning on The Tennessee Star Report with Michael Patrick Leahy – broadcast on Nashville’s Talk Radio 98.3 and 1510 WLAC weekdays from 5:00 a.m. to 8:00 a.m. – host Leahy explained what he found out while visiting his childhood home and church in Munnsville, New York, over the weekend.

So, in this little town of Munnsville, New York, population 500 [or] 600, in the beautiful, gorgeous valley, Stockbridge Valley. As I was a kid, I was a Catholic, and I was an altar boy. I was an altar boy at the little St. Teresa’s Roman Catholic Church.

And the Catholic community had been around there since 1840 or so. But in 1928, they built this gorgeous, small little church called St. Teresa’s, right on Main Street. And that congregation has been small, but a working congregation for many years.

And in funerals, one of the duties you had was you would carry this little device called a censern. C-E-N-S-E-R-N. They’ll put incense in it. And as the funeral would go by, you would swing this little, sort of like a bell, except it contained incense.

I get out. I walk up to the door of this beautiful little church, built in 1920. I knock on the door. Hey, what’s this? I don’t see the sign. Oh, that’s odd. So I’m knocking on the door. Knock, knock, knock.

Nothing’s happening. And approaching me from the right – and I can only describe this as an aging hippie from California (chuckles) – and he says, my name is Roy. I said, wow, okay. And he says, why are you knocking on my door?

One too many inhalations in his life. How about that? So he says, well, I bought the place. What? This is owned by the Archdiocese of Central New York, Syracuse. There’s been a congregation there for 100-and-some-odd years.

And it was small, but, you know, there were probably seven or eight kids in my class who attended the services there along with me and my family every Sunday. He said, yeah, I bought it.

What do you mean you bought it? Tell me about yourself. He’s like, in his late 60s, right? Long hair. Cool, man. You get the idea. Lots of inhalations going on in this guy’s life. Very nice, very friendly.

He said, yeah, I was living in Southern California. I’m a cartoonist And I wanted to buy something that I could afford. And I saw this listed online and I came out here and I bought it that day.

And it had beautiful statues inside, beautiful paintings, and a gorgeous pipe organ that still plays on the balcony. And so I said, well, could I go in? He said, yeah, so we went in and took a tour. They’d taken down the altar. On the altar, this guy had placed his bed.

So we walked through the bed, and a little jarring to see an altar with just a bed there. And let’s just say the bedside table contained the kinds of things you might expect you would find with an aging hippie from California.

Okay, let’s just leave it at that. And so that’s a little shocking to me, but it’s very nice, he’s very gracious. And I said, you know, I was an altar boy here, like 50 years ago. He said, you were?

So he goes back to the vestibule and he gets one of these censerns, and it’s old. It’s probably a censor that I used over 50 years ago. And he said to me, would you like this? And I said, I sure would. He gave me the censern.

So now, I don’t know where we’ll display it. It will be displayed somewhere, the censern that I used as a kid more than 50 years ago as an altar boy at St. Teresa’s Church, which is in Munnsville, New York, which is now owned by an aging hippie from California. He tells me his plan is to turn it into a music venue and recording studio. We’ll see.

Listen to the segment: