Crom’s Crommentary: The Truth About the Economy and January 6 Hearings 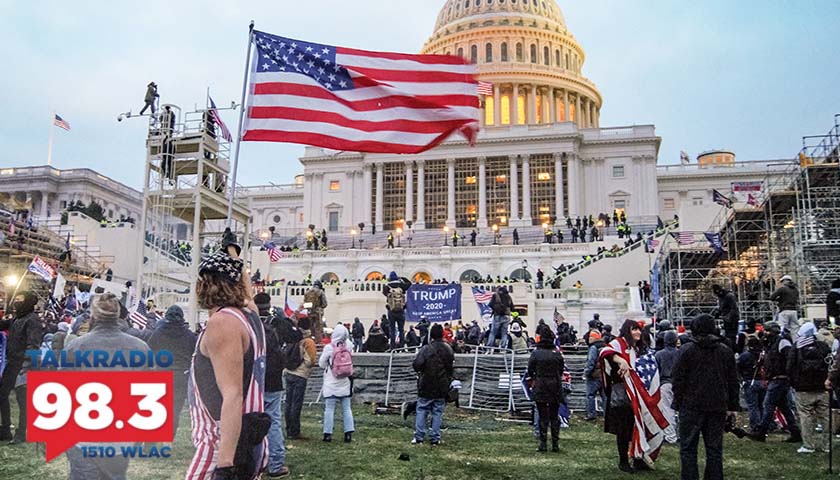 There are a couple of things that I have watched – either the clips of, or watched live. But most of it is the clips. And the three things that I want to kind of tie together are Jimmy Kimmel’s interview of Biden, Janet Yellen’s testimony before the House Committee on Budget and Finance, and then the January 6 hearings.

And that means not at all. Because Biden sat there in front of Jimmy Kimmel and said that the United States economy is growing at the fastest rate of any country in the world. And then he repeated it, and Jimmy Kimmel sat there like Janet Yellen, kind of like a bump on a log. Because that’s false.

That is demonstrably false. Our economy shrunk 1.5 percent in the first quarter. Whether or not it shrinks in the second quarter is not yet known.

But as of right now, the facts are that our economy is shrinking, not growing. And so poor Jimmy Kimmel was playing the part of Janet Yellen, somebody who also doesn’t know anything.

Now here’s the next question that should have been asked. Madam Secretary, the United States is currently $30 trillion in debt, 30 trillion. If the interest rate rises on federal debt by one percent, Madam Secretary, how much money per year does that increase the budget deficit?

And what’s fascinating about that is interest rates are up two percent from where they were when Biden took office. Now the other thing that I found kind of interesting was on, January 6 kind of plays into the Jimmy Kimmel interview and the way that the media treats Janet Yellen. January 6 was a one-sided presentation.

There is nothing more un-American than a purposefully one-sided presentation. You have the right to face your accuser and present your own defense.

There is nothing that was more despicable than the January 6 hearings. Not for what it said. I don’t even care what it said. It was the procedure itself. The camera was not on Adam Kinzinger to see if he would blubber and cry throughout the hearings, but my guess is that he did, because it doesn’t take much to get him tense or upset.

And my last point that I want to tell you – and this has nothing to do with anything that I just said, but it’s kind of interesting and it may perk a question with you because it just kind of popped in my head over the weekend.

And you have this LIV tour, this golf tour that’s being financed by the Saudis. It’s kind of come up out of nowhere. And some former PGA tours or some PGA pros are being offered immense amounts of money.

And one thing that you have to have to do something like this, to take on an institution like the PGA, you have to have lots of money. The Saudis pump 10 million barrels of oil a day, seven days a week. Because of Biden’s energy policies, the price of oil is up $60 a barrel.

That is $600 million a day. Six hundred million a day in extra cash to the Saudis. How do you spend all that money? That’s over $4 billion a week, $200 billion a year in cash flow. $200 billion. Well, one thing you do is I guess you start your own golf tour.

So for those people who are angry with the Saudis, recognize that one of the reasons they’re able to do it is that Joe Biden has given them $200 billion of extra cash to figure out what to do with so you might as well go fore!

Listen to the Crommentary: