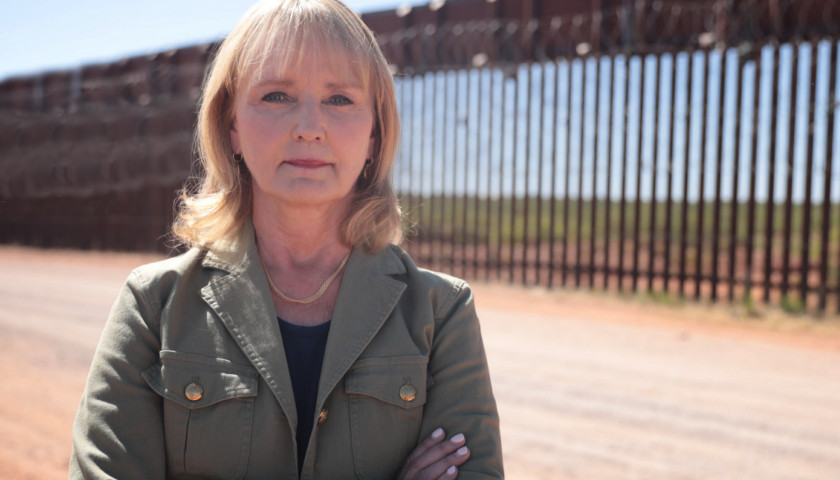 In an exclusive document provided to The Tennessee Star, TN-5 candidate and former Speaker of the Tennessee House of Representatives Beth Harwell announced that she visited the U.S. southern border in May and released her border security plan.

Harwell’s campaign confirmed she visited the U.S. southern border on May 26, likely making her the first TN-5 candidate to make that trip.

In a statement, Harwell said, “America’s illegal immigration crisis starts at our southern border, but it ends in our own backyards. The soaring numbers of crime, human trafficking, opioids and fentanyl are the result of reckless policies coming from the Biden administration.”

Harwell continued, saying that those policies “have created a national security issue at the southern border. Just last year, 2 million illegal immigrants tried to cross the border, according to U.S. Customs and Border Patrol. The refusal to enforce immigration laws by the Biden administration has invited the cartels to run rampant with drug smuggling and human trafficking across our border. Enacting the following proposals will slow the flow of illegal immigrants crossing the southern border,” Harwell said in her document outlining her plan.

“President Trump built 458 miles of border wall with hundreds of miles already paid for, but the Biden administration issued an executive order to halt construction of the wall on their first day in office,” she said in her plan. “We must start by securing the border and that means continuing to build the wall.”

The former speaker wants to keep Title 42 in place.

“Title 42 has been used since March 2020 to deport illegal immigrants during the pandemic and the Biden administration has been looking for ways to repeal it. Due to President Trump implementing this policy, over 1.7 million illegals have been deported since 2020. If Title 42 is removed, this will open the floodgates to more illegal immigrant crossings and slowing deportations,” Harwell said.

Harwell’s plan calls for the proper use of surveillance technology to secure the border.

“Republican governors have seen success with a program called the American Governors’ Border Strike Force where local law enforcement partners with the state to end trafficking and illicit cartel activities. We should put this plan into practice nationally by providing funding for states participating in the program,” she said.

“We are seeing a mass exodus of border patrol agents leaving and an historically high record of illegal immigrants flooding the southern border,” Harwell continued. “The U.S. Customs and Border Patrol is supposedly one of the largest law enforcement agencies, yet the brave men and women enforcing our southern border are understaffed and overworked.”

“Sanctuary cities encourage immigrants to break the law and enter the United States illegally by providing a safe haven. The federal government should only be funding federal programs based on legal citizens – not total population. That means we should end the illegal immigrant ‘bonus’ localities receive,” she said.

She also calls for requiring all cities to work with U.S. Immigration and Customs Enforcement (ICE).

“When local officials refuse to turn over illegals who commit crimes, they are endangering law-abiding citizens,” Harwell says in her border security plan. “There is absolutely no reason why an illegal alien who has committed a crime should be released back into the public. They should immediately be charged and deported.”

Harwell additionally wants to end “catch and release” and keep President Trump’s “Remain in Mexico” policy. “We must deport illegal immigrants instead of releasing them back in the United States,” Harwell emphasized. “If an illegal alien is seeking asylum, they should remain in Mexico until their paperwork and case is finished.”

“Allowing them into the United States by simply stating that they need asylum incentivizes bad actors and increases the burden,” concluded the TN-5 candidate.