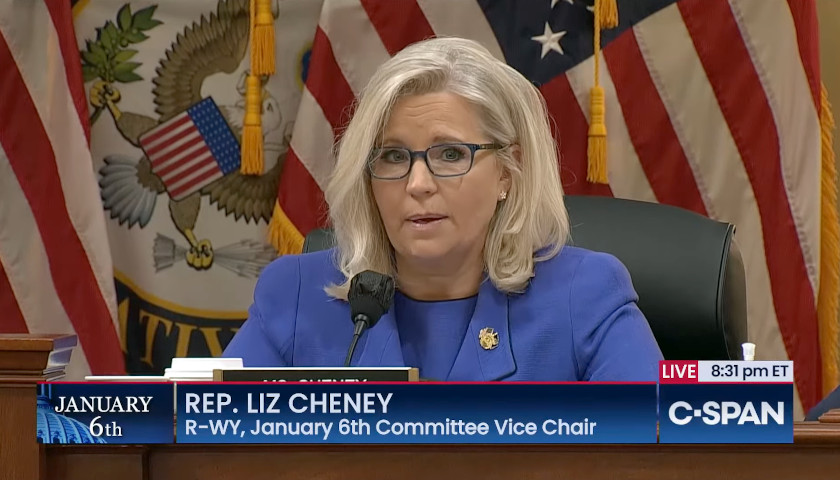 According to reports citing Nielsen ratings, which keeps track of television viewership, primetime viewership of the first January 6 Committee hearing totaled more than 19 million across all networks.

The “Big Three” broadcast network stations – ABC, NBC, and CBS – that interrupted programming to air the hearing did not fare well, according to Nielsen ratings data provided by SpoilerTV.

NBC was the only network to improve its ratings by covering the hearing. It had 3.5 million viewers Thursday, compared to last week’s rerun of “Law & Order,” which accrued 2.8 million viewers.

The cable networks saw a large bump in viewers thanks to the Thursday coverage of the hearings.

In May, MSNBC averaged one million viewers in primetime. CNN averaged 660,000.

He said that this year’s State of the Union address received 38 million views, far more than Thursday’s hearing coverage.

Also by comparison, Trump’s inauguration received 31 million viewers and was not broadcasted in primetime, but during the middle of the day in January 2017.

Still, the political Left is celebrating the viewership as a win.

Podcaster Sawyer Hackett compared the viewership to Hillary Clinton’s 2015 testimony about the attack in Benghazi that occurred on her watch as Secretary of State, which he said received only 4 million views.

An important stat, in total viewership:

However, that testimony was also not aired during primetime, or by multiple news channels.

Forbes noted that the hearings had no “serious competition,” as one of two major sporting events that are still in season, the National Basketball Association (NBA) Finals, had the night off.

The other major sporting event is the National Hockey League’s Conference Finals. Thursday night, the Hurricanes faced the Rangers in the NHL playoffs, and 2.48 million viewers tuned in.

The seven-part hearing series, in which lawmakers are attempting to make the case that Trump caused the riot at the Capitol, will be televised in primetime over the coming week. The next episode is Monday.

Thursday’s hearing revealed little new information that had not already been made public.

The only significant development was an allegation from Representative Liz Cheney (R-WY) that Rep. Scott Perry (R-PA-04) sought a pardon from Trump for his alleged role in the January 6 events, which is described vaguely as a “plan to sow doubt in the election results.”