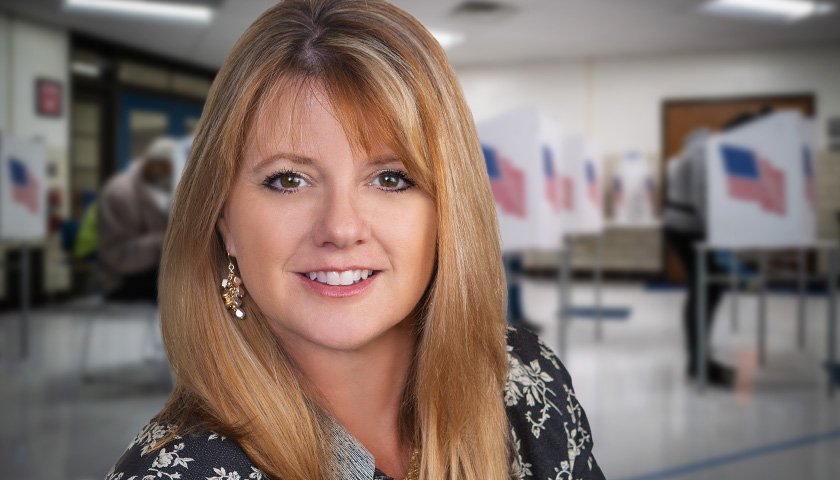 “Current statute requires that in order to be eligible to vote in Arizona, a registrant must be a citizen of the United States. The United States Election Assistance Commission [EAC] oversees the federal voter registration form, which does not currently contain Arizona’s proof of citizenship instructions. SB 1013 will now require the Secretary of State [Katie Hobbs (D)] to submit a request to the U.S. EAC to include Arizona’s state specific proof of citizenship instructions on the federal voter registration form by Dec. 31, 2022,” Townsend noted in a statement.

The State Senator cites an opinion from the late U.S. Supreme Court Justice Antonin Scalia on the overturning of Prop 200, which ruled that Arizona could not enforce a citizenship rule on federal-only voters, as a reason this bill came to fruition.

“A state may request that the EAC alter the federal form to include information the state deems necessary to determine eligibility.” Justice Scalia further stated, “We are aware of nothing that prevents Arizona from renewing their request.”

“Justice Scalia has left a posthumous footprint on election security in Arizona, and I’m thankful his legacy can live on through this legislation,” Townsend said.

Townsend also spoke on why this bill is needed.

“After dealing with this issue for a few years, it really comes down to the fact that Secretary of State Hobbs needs to request the EAC revisit Arizona’s federal-only form issue. She has not done so, and I didn’t expect her to, as she has proven time and time again that she won’t carry out the duties of her office. It’s unfortunate that we needed to enact a law to direct her to,” Townsend said.

Townsend tweeted, “For Justice Scalia” in response to the bill’s signing.

This measure is not the first time Republicans have clashed with Hobbs over Arizona election policies.

As The Arizona Sun Times reported, state’s Republican Party recently filed a complaint against Hobbs over the constitutionality of no-excuse mail-in voting. A judge rejected the complaint on Monday.