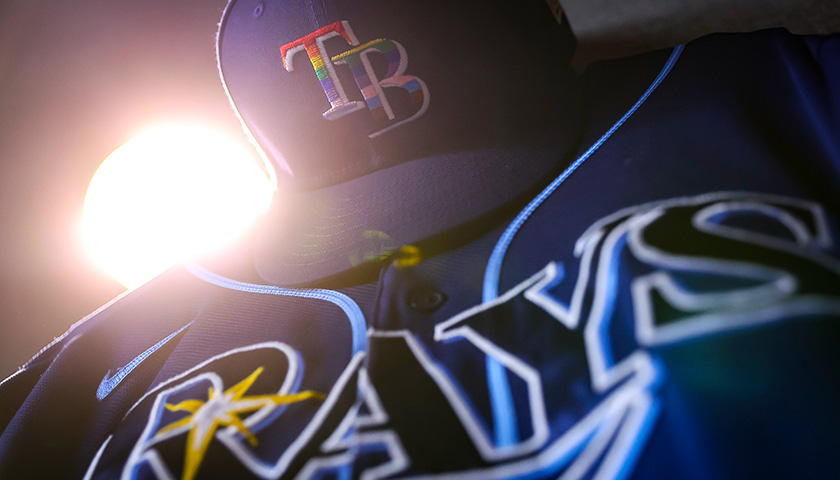 The Tampa Bay Rays’ LGBTQ Pride Night recently made headlines due to players choosing not to participate in the event. The promotional event featured rainbow-colored logos added to the teams’ jerseys and caps. In addition, the Rays organization included members of the LGBTQ+ community in pregame events, gave out miniature pride flags, and offered special ticket packages.

“Our Pride Nights continue to grow both in terms of visibility and participation,” Rays president Matt Silverman said. “By doing this, we extend an invitation not just for this game but for all of our games that the LGBTQ+ community is invited, welcomed and celebrated.”

However, players were given the opportunity to opt out and five decided not to participate by removing the logo and wearing a standard hat. Those who did not participate included pitchers Jason Adam, Jalen Beeks, Brooks Raley, Jeffrey Springs and Ryan Thompson.

Adam appeared to be the spokesperson for the group, which provided a statement to the Tampa Bay Times after the game.

Adam stated that “A lot of it comes down to faith, to like, a faith-based decision. So it’s a hard decision. Because ultimately we all said what we want is them to know that all are welcome and loved here. But when we put it on our bodies, I think a lot of guys decided that it’s just a lifestyle that maybe – not that they look down on anybody or think differently – it’s just that maybe we don’t want to encourage it if we believe in Jesus, who’s encouraged us to live a lifestyle that would abstain from that behavior, just like (Jesus) encourages me as a heterosexual male to abstain from sex outside of the confines of marriage. It’s no different.”

Some LGBTQ+ activists blamed the Tampa Bay Rays organization for not having 100 percent participation.

Paul D. Sanders, co-founder of LGBTQ Sports Fan Groups on Facebook and moderator of the Rays’ LGBTQ fan group, G-Rays, said the move was a “huge setback” for the team.
“The Rays dropped the ball big time,” Sanders told Axios. “By allowing five players … to hijack the night … it’s another signal that you’re tolerated but not fully welcomed.”

However, Tampa Bay Rays manager Kevin Cash said,  “I think what it has created is, like, what you’ve heard – a lot of conversation and valuing the different perspectives inside the clubhouse but really appreciating the community that we’re trying to support here.”