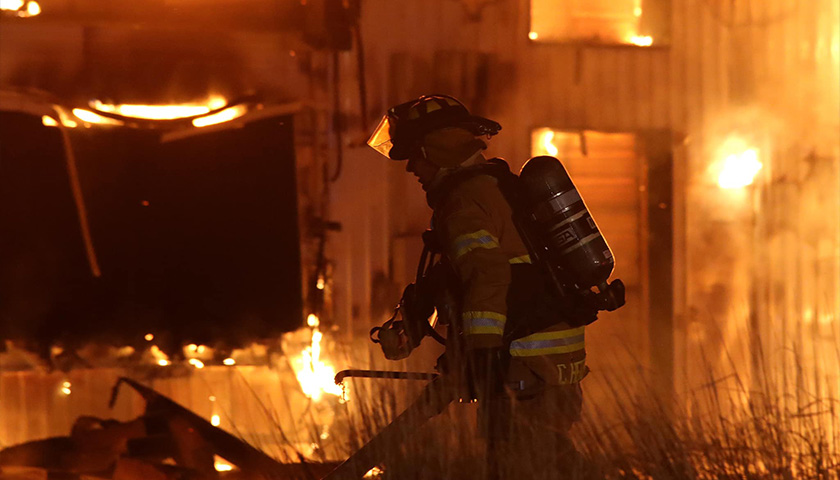 A Minnesota barn containing 200,000 chickens and an agricultural equipment dealer both burned down recently in two separate fires.

The chicken barn belonged to Forsman Farms, a major egg producer that sells three million eggs per day. The specific building that was destroyed sat on the company’s Howard Lake farm and was described by a spokesperson as a “substantial facility.” The spokesperson said tens of thousands of chickens were killed, at the very least.

Fortunately, Forsman Farms can keep operating other buildings on site and maintains five separate locations around the Midwest that will not experience any interruptions. Further, they say they won’t be laying off any employees as a result of the fire, which occurred May 28.

Officials do not think foul play is involved in the chicken fire, but an investigation is ongoing.

Although these two losses both occurred in the agriculture sector and similar incidents have garnered media attention around the U.S., fact-checkers are sure there’s nothing to be worried about. “There’s been no significant increase in fires at food production facilities so far in 2022,” reassures factcheck.org. The site has taken aim at Tucker Carlson for having a guest on his show in April who discussed a high-profile string of destructive events at food processing plants.

Why are so many food processing plants and warehouses catching fire all of a sudden? And as I was sitting in the studio getting ready for the report… a plane crashed at a General Mills food facility in Georgia. I discussed the issue on Tucker Carlson Tonight. pic.twitter.com/QWJ3b6j65d

Kyle Hooten is Managing Editor of Alpha News. His coverage of Minneapolis has been featured on television shows like Tucker Carlson Tonight and in print media outlets like the Wall Street Journal.
Photo “Forsman Farms” by Dassel Fire Department.