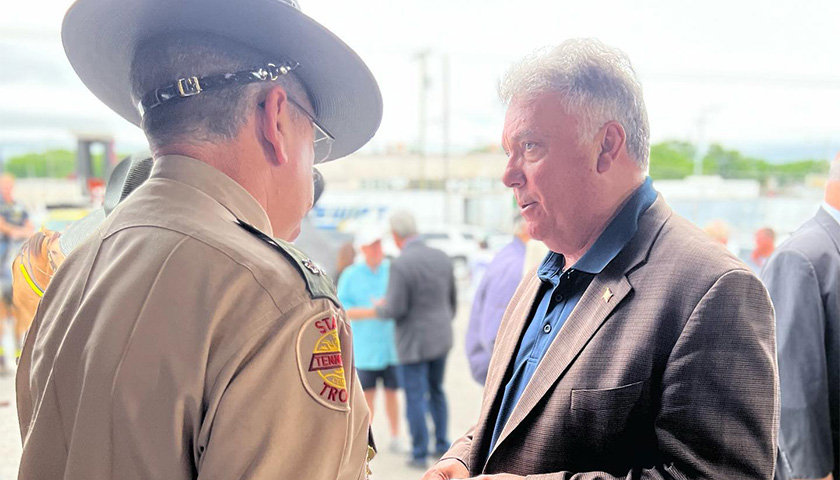 TN-5 Republican primary candidate and retired Tennessee National Guard General Kurt Winstead’s campaign announced that he will be visiting the U.S. southern border on Sunday and Monday in order to view the problems himself.

“Illegal immigration is one of the biggest problems facing our country. We must act immediately to find solve this crisis. This is a national security issue and it is directly threatening the safety and security of Americans,” said General Winstead in an emailed statement.

With illicit drugs, human traffickers, and terrorists exploiting our porous southern border, we must build the wall and dramatically reinforce the Border Patrol to secure our nation,” he added.

The statement additionally says that “General Winstead will be touring with local law enforcement in the areas around Del Rio and Val Verde County, Texas, which has seen some of the largest influxes of illegal immigration in the country. He also plans to visit with ranchers and others in the community to hear first-hand the problems illegal immigration is causing in border communities.”

Winstead is not the only TN-5 candidate to speak about the Biden border crisis and illegal immigration as a national security issue, but he may be the first candidate to announce a trip to tour the U.S. southern border.

In May, The Tennessee Star reported that one of Winstead’s rivals for the TN-5 GOP nomination in the August 4 primary, former Speaker of the Tennessee House of Representatives Beth Harwell, called on the United States Congress to finish President Trump’s border wall.

Harwell said in a tweet, “Drugs & crime are pouring over our southern border as a result of the Biden Admin’s failed border policies. Open borders don’t work. For the safety of our border patrol agents & families, Congress must prioritize finishing Trump’s Wall & funding our law enforcement officers.”

Harwell added in a statement to The Star, “The fentanyl that’s being smuggled across the southern border is coming into Tennessee and it’s hurting our families. It doesn’t matter what county you live in. Our law enforcement officers are doing a great job, but they need more support.”

Winstead’s appearance at the U.S. southern border is likely to feature a different experience than the one Vice President Kamala Harris had when she visited El Paso, Texas.

Previously reported, Harris was greeted by protesters who were holding signs critical of Harris and the Biden administration, as well as one which said, “How many little girls need to be raped for this to be a crisis?”

Aaron Gulbransen is a reporter at The Tennessee Star and The Star News Network. Email tips to [email protected] Follow Aaron on GETTR, Twitter, and Parler.
Photo “Kurt Winstead” by Kurt Winstead.