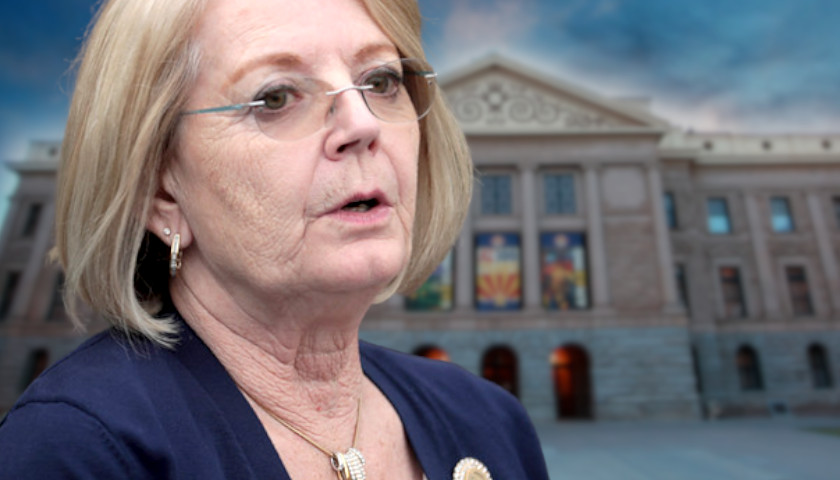 “Arizona is in a unique situation,” Fann said. “We have dealt with catastrophic fires, and they are getting worse over the last 20 to 30 years. The Rodeo-Chediski Fire, if you remember that horrible fire, part of the reason it was so bad and got so out of control is because of a lot of the underbrush that was never allowed to be cleared out.”

“If you don’t have the proper space [between trees], then all of a sudden you have these fires that literally start jumping from treetop to treetop, and sometimes it’s a half a mile away. It’s very difficult for the firefighters to be able to create break lines, what we call ‘fire break lines,’ to make sure we can try and stop them. We also are in a position where we have some really great companies that will take the seedlings, that will take some of the sunder, and they will actually recycle that into products, compressed wood products, a number of things we can use through the recycling program. And this is what this bill does; it gives us that ability to be safer, to help reduce not only the fires but the catastrophic nature of the fires that we are seeing,” Fann said, rounding out her argument.

An effort to help prevent catastrophic wildfires from sparking in Arizona's national forests was killed in the Senate today, after 13 Dems and 1 Republican voted against HCR 2038. This bill would have expressed support for reasonable forest management. @FannKfann explains⬇️ pic.twitter.com/8MdPhiiRw9

In a report by Cronkite News from early May, a forester with the Coconino National Forest showed the PBS outlet the difference between a healthy and unhealthy forest. A healthy forest, she said, has spread-out trees with space to get water and sunlight; while an unhealthy forest is overcrowded, with trees unable to get the needed nutrients, leading to smaller, dryer trees.

These weaker trees, forest health specialist with the Arizona Department of Forestry and Fire Management Aly McAlexander noted, are more prone to wildfires.

According to AZCentral, one cause of these overpopulated forests is fire suppression. ‘Good fires,’ or naturally caused low-severity fires, would thin the woods and keep a healthy balance. Yet, fire suppression kept this process from occurring, leading to Arizona’s fire-prone forests today.

Recently, the Tunnel Fire, which began in April, burned over 19,000 acres. Officials did not fully contain the fire until this week. Arizona Governor Doug Ducey (R) declared a state of emergency to combat the fire.

“Last summer’s monsoon season was one of the most active in a long time,” said John Truett, state fire management officer. “However, that rainfall created an abundance of grass throughout southern Arizona, even in areas like Globe, which experienced significant fire activity last year. Now as our temperatures begin to warm up, that grass crop is quickly drying out and any ignition source into that fuel bed can start a fast-moving wildfire.”