Commentary: Joe Carr Is the Right Choice to Be Rutherford County’s Next Mayor 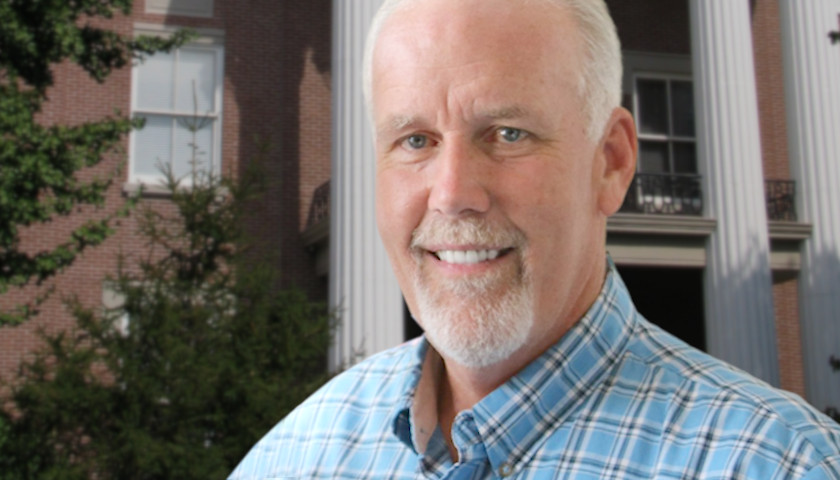 After several repeated attempts to serve his country and state it appears Joe Carr has found a place where the voters will appreciate his service.

Former State Representative Joe Carr was victorious in the Rutherford County Republican Mayoral Primary. Carr won with 38 percent in a field of three other candidates. County Commissioner Rhonda Allen came in second with a respectable 34 percent of the vote, Mayor Bill Ketron came in a disappointing third place with less than 25 percent. Aaron Coffey finished a distant fourth with 3 percent.

Instrumental to his victory Carr had the backing and support of a large portion of the Rutherford County Business Community. It is no surprise given his extensive business experience and legislative record. According to his biography, Carr was a two-time business owner and CEO, he was Chief Operating Officer of a Middle Tennessee construction materials company and most recently was Assistant Commissioner at the Tennessee Department of Environment Conservation under Governor Bill Lee.

Apparently, the Rutherford County Business Community recognize that Joe Carr could be a valuable ally in navigating the difficult waters that face Rutherford County. Many business owners found Carr to be intelligent, experienced, and receptive to their concerns. Some of the industries represented on Carr’s Financial Disclosure include Banking & Finance, Manufacturing, Development & Construction, Engineering, Retail, Real Estate and of course Agriculture to name a few. These same business owners in a show of support donated tens of thousands of dollars to Carr’s primary race. It is probable to expect that they will donate again.

In addition to Carr’s extensive business experience, as a state representative he was able to sponsor and pass numerous pieces of legislation that created thousands of well-paying Tennessee jobs. Most notably, Carr’s legislative achievements included the passage of the Tennessee Craft Distillers legislation breaking the monopoly of Jack Daniels and George Dickel. However, Carr’s most significant business legislative achievement may have been the passage of the Tennessee Captive Insurance Law. This very complicated piece of legislation vaulted Tennessee into the top ten destinations for companies who require special insurance requirements.

Carr has been targeted by his political enemies as someone who will run for just about any elected office. Carr’s response is no different than many who want to serve, stating; “I always enjoyed serving in the political arena where the give and take of ideas can many times produce an effective result. I have always prided myself on being the underdog. Too many times those that don’t have a voice are brushed aside. It’s those people who deserve to be heard. I want to be their voice.”

According to Carr, another very significant problem is the Middle Point Landfill in the Walter Hill Community. Carr who served as TDEC Assistant Commissioner, says Republic Services, operators of Tennessee’s largest Class I Landfill, buries over 1 million tons of trash at the landfill every year. 70 percent of the trash comes from outside of Rutherford County. The constant smell has heightened the need for a solution. When asked if there was a solution; Carr was quite emphatic in believing that Rutherford County should no longer accept trash from outside the county and that includes Davidson County.

Carr having won the Republican Primary in May is all but assured victory in the August 4th general election. However, he does face three independent challengers: Randy Allen, Norman Hanks and Royce Johnson. Randy Allen has the better name id of the Independents running but has no elective experience and his most recent business experience is confined to working for United Way and most recently with Habitat for Humanity as a fundraiser.

Several sources say that Allen is hesitant to stake out a position on any of the issues confronting the county leaving many to wonder if he understands the challenges of being mayor. It was widely reported at a recent fundraiser that Allen failed to even mention to the small crowd of 50 attendees what his platform was and never once mentioning he was running for mayor.

Carr has proven that his popularity is intact. If elected his popularity and skill set will be put to the test with the challenges of unrestrained growth and the Middle Point Landfill. Additionally, it is rumored that there are as many as four county commissioners who opposed Carr’s election (they were supporters of Ketron) and who have made it their mission to oppose his efforts to solve the counties significant challenges so they can settle an old political score.

Carr has an excellent chance to win but he may regret the spoils of his victory.