Professors in Viral Clip from Daily Wire’s ‘What is a Woman?’ Film Teaches at University of Tennessee 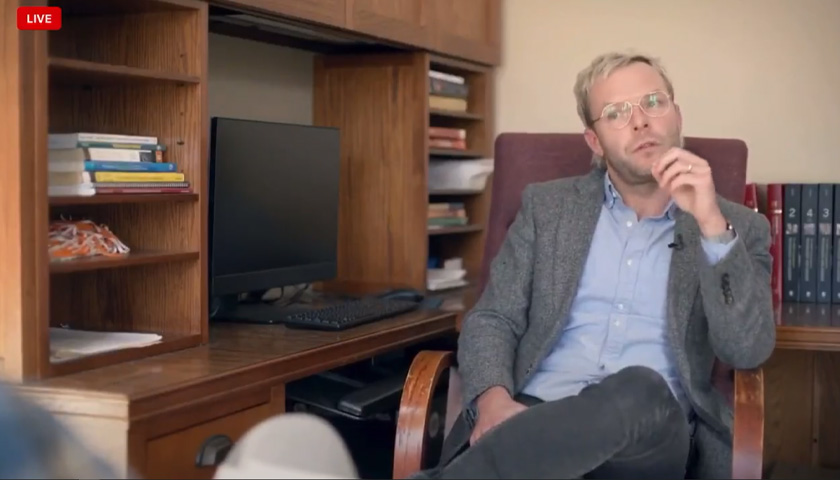 A professor featured in a viral clip from Daily Wire’s film “What is a Woman?” is an associate professor and the chairman of the Interdisciplinary Program in Women, Gender, and Sexuality at the University of Tennessee – Knoxville.

In the clip, which has been viewed at least 2 million times on Twitter alone, Daily Wire’s Matt Walsh asked Dr. Patrick Grzanka to define the term “woman.”

“I’m just trying to start by getting to the truth,” Walsh said.

“Yeah, I mean I’m really uncomfortable with that language of, like, getting to the truth,” Grzanka said.

“Why is that uncomfortable?” askedWalsh.

“Because that – it sounds actually deeply transphobic to me, and if you keep probing, we’re gonna stop the interview,” Grzanka said.

“If I probe about what the truth is?” Walsh asked.

“You keep invoking the word truth, which is condescending and rude,” Grzanka said. “I’m saying to you – ”

“How is the word ‘truth’ condescending and rude?” Walsh asked, interrupting the professor.

“Why don’t you tell me what your truth is, and you’re walking on 30 seconds more of thin ice before I get up,” Grzanka said.

This is brilliant. With simple, dispassionate questions, @MattWalshBlog reveals that mere curiosity about the truth is enough to offend people who've built their careers and lifestyles on the back of its suppression.
pic.twitter.com/yIpbqazv4O

The program that Grzanka chair’s teaches a litany of social justice issues.

“Women, Gender, and Sexuality (WGS) is a major dedicated to the study of how gender and sexuality shape the past, present, and future of human cultures and societies,” according to the University of Tennessee’s website. “Our interdisciplinary curriculum trains students in critical studies of the ways in which gender and sexuality intersect with race, ethnicity, nationality, ability, and other dimensions of difference. Our courses provide students with a wide variety of methodological skills and perspectives with which to conduct their own research, creative activity, and activism.”

Pete D’Abrosca is a reporter at The Tennessee Star and The Star News Network. Email tips to [email protected].
Photo “Patrick Grzanka” by Seth Dillon.