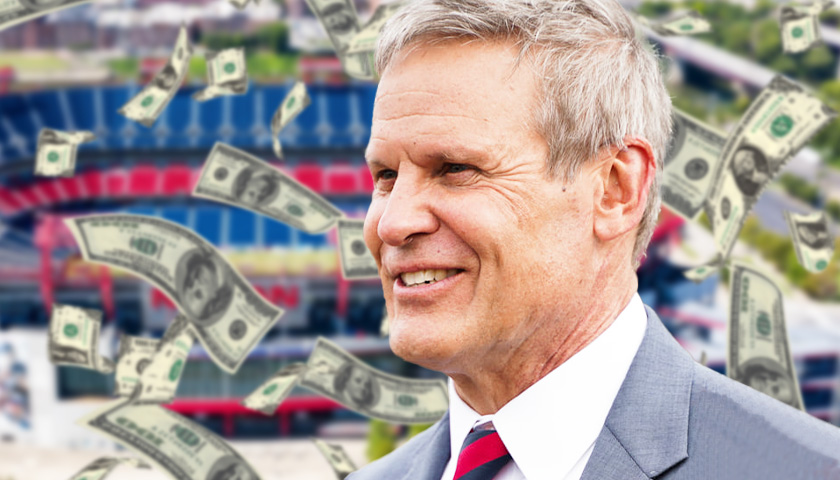 The bill is part of a $52.8 billion budget for the state. The $500 million in bonds for the domed stadium will require $55 million in annual payments.

The estimated $2.2 billion stadium is expected to open for the 2026 Titans season. Titans ownership is expected to put $700 million toward the project, including an approximately $200 million loan from the National Football League, while the remaining $1 billion is expected to be paid from taxes headed to an account with the Metro Nashville Sports Authority.

That includes 5.5% in sales taxes from sales at the stadium along with a 2.75% tax in the 130 acres of future development surrounding the new stadium. The sales tax deal sets aside 1% of all sales taxes to the state’s general fund and 0.5% will be reserved for education funding.

The local Nashville sales taxes will have a similar format and a new 1% hotel-motel tax in Davidson County will be added to the fund.

Sports economists who have studied new stadiums and the neighborhoods or businesses built around them, however, have shown that publicly funded stadium consistently do not pay off for taxpayers as promised.

The appropriations include $82 million for an August grocery tax holiday proposed by Lee.

The proposal also provides $121.6 million to fund a one-year moratorium on vehicle registration fees for all Tennessee residents on personal vehicles and motorcycles. The bill related to that moratorium is still on Lee’s desk.

The appropriations also include $9.7 million in funding to cut a professional privilege tax for physicians in both osteopathic and medical disciplines. Another addition is $11 million in one-time funding to pay vendors throughout the state who collect sales tax, giving $25 per month to vendors with a maximum of $300 per month for a company with multiple stores across the state.

The funding will help those companies cover the credit card sales fees that they are assessed on both sales and sales tax money they collect.

Another line item is a $50 million broadband internet sales tax reduction for businesses that holds local governments harmless, meaning it includes $18 million in funding from the state to local governments to account for the impact of the sales tax break.

Jon Styf is an award-winning editor and reporter who has worked in Illinois, Texas, Wisconsin, Florida and Michigan in local newsrooms over the past 20 years, working for The Center Square, Shaw Media, Hearst and several other companies.
Photo “Bill Lee” by Gov. Bill Lee. Background Photo “Nissan Stadium” by Tennessee Titans.