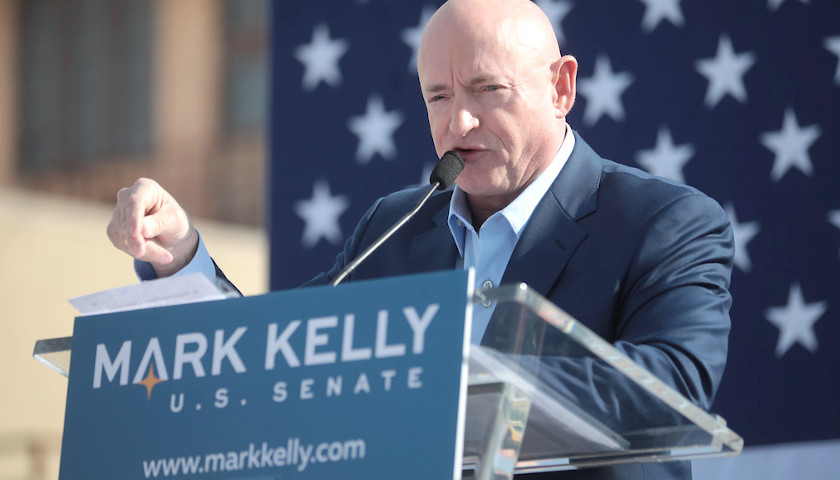 The U.S. Senate race in Arizona this year is a tossup, an Arizona Public Opinion Pulse poll conducted by OH Predictive Insights shows.

Arizona voters have a split opinion of incumbent Democratic U.S. Sen. Mark Kelly; he has a 50% approval rating, including a 49% approval rating from self-described independents. Meanwhile, 39% disapprove of Kelly.

Is that good enough to win re-election?

The poll says that remains to be seen.

The pollster found that Kelly is in a dead heat of a race this year. Arizona residents are torn on who they will support on the November ballot. While 40% say they’ll support Kelly, 39% say they’ll vote for the Republican candidate. That’s the case even though it’s unclear who the Republican candidate will be yet; there is no overwhelming frontrunner in the race, and the primary will not take place until August 2 of this year.

Kelly is more popular than president Joe Biden in Arizona. The poll found that he had a 42% approval rating while 53% of voters disapproved of him in the state.

The question becomes whether being in the same party as Biden hurt Kelly’s chances of winning re-election, irrespective of how voters feel about him.

“As the primaries narrow in, whether or not the blame is being placed in the right direction, the down-ticket effect this will have on the Democratic Party is continuing to look encouraging for the Republican party since we last saw in March,” said Mike Noble OHPI Chief of Research.