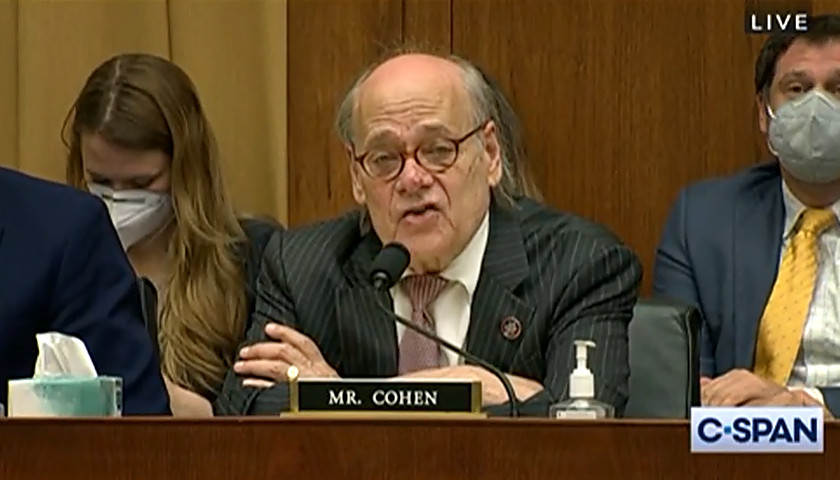 In his second set of comments on Thursday, Cohen said in part, “Regardless if we give the Republicans a long time to think about bills and lots of notice, or very little notice, they vote the same way. They vote no.”

“There is nothing we can do to bring them along, except maybe one or two of the folks who had the guts and the courage and the honesty to vote to impeach Donald Trump or to empanel a January 6 Commission to look into the worst and most concerning act ever done against this country – an insurrection to overthrow the government and disturb the rightful election of the President of the United States,” he said. “Other than the people who had the guts to do that, we don’t have a hope for a vote.”

Cohen additionally continued the Democrat talking point, which misuses the term “assault weapon” and misidentifies what an AR-15 is.

“Assault weapons are made to kill,” he said.

He continued later, “because when they are hit with an assault weapon, they cannot be identified. They are obliterated and they need DNA to identify them. They put holes in their bodies so large that there’s no way they could survive.”

The U.S. military frequently uses the M4 Carbine as a standard-issue weapon. That weapon is fully-automatic and unlike an AR-15, can fire until the magazine is empty just by one pull on the trigger.

Democrats frequently describe the AR-15 as if it were an M4 in an effort to confuse the public on the issue.

The Tennessee Star previously reported that Cohen’s office issued a press statement on Thursday, discussing how he is urging his colleagues to advance the Protect Our Kids Act and advocating a ban on “assault weapons.”