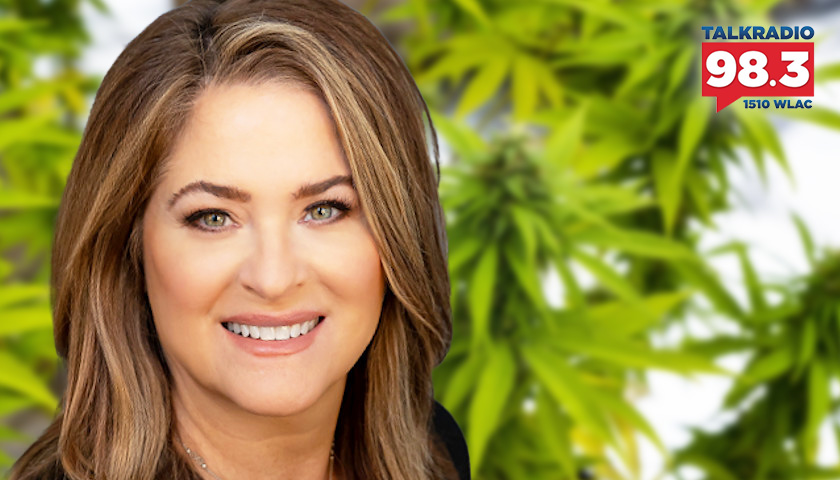 Leahy: Michelle Foreman is in studio. So tell us a little bit about the rest of your agenda and the issues that matter most to you.

Foreman: One thing that is obviously in the news and I want to follow up with some things that John Harris said when we talk about gun violence, whether it be in schools, the Parkland shooting, Uvalde is what we’re looking at. Last, we can go back to the Boston Marathon bombing, Sutherland Springs 2017, Times Square attack.

What we are not talking about and what Democrats are pushing besides gun control is they’re pushing legalizing marijuana. Now, this is not the marijuana of 20 years ago where you had about five percent THC. We’re talking about 85 percent to 95 percent THC in these new methods of smoking.

Foreman: Absolutely. It is toxic.

Leahy: I didn’t know that.

Leahy: And for years you were a psychiatric nurse.

Leahy: You know about this.

Foreman: Absolutely. But this isn’t something that’s being discussed. There is a direct correlation between violent psychotic behavior and sustained high potency drug use. And if we’re really interested in solving the gun violence problem, we’re going to have to really look at the role of drugs, particularly marijuana, and causing mass violence.

Leahy: Yes. I’ve heard that. And I think a lot of scientific evidence supports that. There were some reports that the shooter here in the Uvalde situation a couple of weeks ago. Salvador Ramos, an 18-year-old, murdered 19 young children and two school teachers.

There were reports that he had conflicts with his mother and with his grandmother because they didn’t want him to smoke marijuana as much as he did. Those reports are out there and in the press.

Foreman: They are out there and the mother and the father were drug users. And his grandfather had also served a prison term for drug trafficking.

Foreman: That was his grandfather. Now, his toxicology report is not back, but I will be looking for that. And we should all look to that because that toxic level of THC, which is directly related to extreme violence and psychosis, it’s not being reported. We’re not hearing about it.

Leahy: So let’s talk about that issue. There is the lieutenant governor of Pennsylvania, John Fetterman, who’s kind of a Bernie Sanders lefty type. He looks like he’s a World Wrestling type guy. That guy who’s now the Democratic nominee for the U.S. Senate, his number one priority to make marijuana legal.

Leahy: Why are there such high levels of THC now in the marijuana that’s been illegally used around the country? What’s happened?

Leahy: This is relevant to an issue here in Tennessee. There are some folks in the Tennessee General Assembly who have been introducing legislation to legalize medical marijuana. Give us some insight as to that kind of legislation and how that might be similar or different to the proposal simply to legalize marijuana period for everybody.

Foreman: Again, I think we have to go back to this. I don’t think that people are really aware of what type of toxic level is causing the violence and the psychosis. Now, as far as medical marijuana is concerned, I think that if you are on hospice care and things of that nature, I certainly agree with that. And I know that medical marijuana in terms of oils and things like that have really done such a good job to control seizures and medical conditions.

Leahy: But overall, legalization, is a totally different deal for the general population.

Leahy: What other agenda items would you be focused on as a state legislator? And remember, you come in with 98 other members of the House as a freshman showing at the bottom of the totem pole, right?

Foreman: Bottom of the totem pole. It’s come in, join the team, listen, learn. But one thing that we really are talking about and need to hone in on focusing on and we’ve got to do something very quickly. And that is with education, Davidson County, and Shelby County.