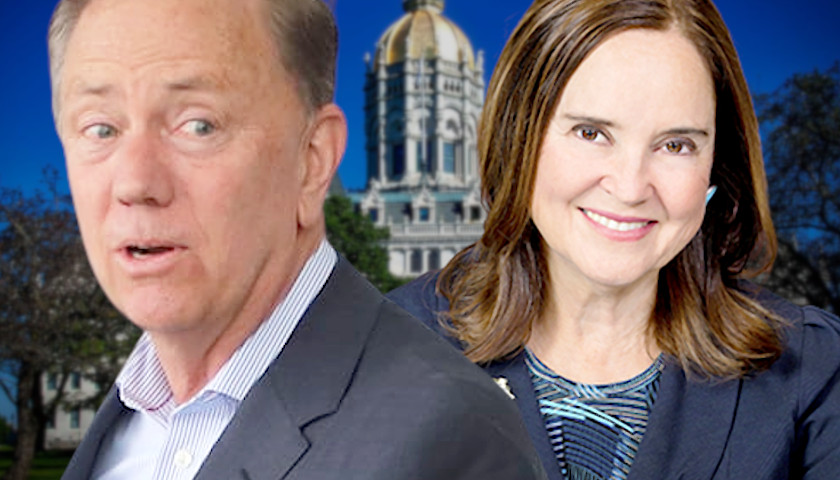 Connecticut Governor Ned Lamont (D) and Secretary of the State Denise Merrill (D) plan to channel the Biden administration by hiring a full-time “misinformation” expert who will seek to flag social media posts that suggest “bad information” about the state’s elections ahead of the midterms.

“We need to know what’s out there before it goes viral,” said Scott Bates, deputy secretary of the state, according to the New Haven Register. “We need to get ahead of the curve and knock down bad information to protect people from misinformation that would get in their way of voting.”

The position will reportedly come with a salary of $150,000 per year, part of a nearly $2 million marketing effort to ensure Connecticut voters are only exposed to “factual information,” as the New York Times reported.

The hiree’s job duties will include scouring “fringe sites like 4chan, far-right social networks like Gettr and Rumble and mainstream social media sites to root out early misinformation narratives about voting before they go viral, and then urge the companies to remove or flag the posts that contain false information,” the Times noted.

In a statement sent out Thursday, Connecticut Republican Party Chairman Ben Proto said the move by Democrat officials is further evidence of their party’s way of handing out prime political jobs to help buy votes and suppress free speech in Connecticut.

Joe Biden, Ned Lamont, and Democrats have one mission here: silencing any dissenters under the guise of combating “misinformation.” Their hyper-partisan plan is designed to further infringe on voters’ First Amendment rights and is an attempt to control the political discussion, silencing those who disagree with them. Who determines what is “misinformation” and how exactly will they silence the speaker? Who will determine who will be hired, will this be an open application process or has a local Democrat in need of a job already been chosen?

On Twitter, Connecticut Republicans referred to the news of the planned “misinformation” hire as “Ned Lamont’s Ministry of Truth,” a reference to Biden’s much-criticized and, subsequently, “paused” Disinformation Governance Board that was likened to the “Ministry of Truth” from George Orwell’s 1984.

Nina Jankowicz, who had been tapped by Biden to head the board, resigned amid the announcement of the “pause.”

The Register provided an example of the type of “falsehoods” Connecticut Democrats are expecting as the midterms approach.

Leading up to the 2020 election, for instance, a post appeared on Twitter alleging a tractor-trailer carrying ballots had overturned on I-95 in Connecticut, resulting in the ballots flying across the highway.

“The inaccurate post was spotted by a consultant hired by Connecticut’s secretary of the state to comb the Internet for election misinformation,” the Register noted. “After it was reported, Twitter removed the post from its site.”

“We’re looking for any information that might be wrong about the election process itself, nothing to do with issue sets or candidates,” Bates said.

Proto, however, referred to the strategy set forward by Lamont and Merrill as “pretty dystopian”:

Sadly, this stunt is typical of Connecticut Democrats, who use their time in Hartford to champion and impose on voters the most radical and extreme measures. President Biden learned the hard way on this and it looks like Governor Lamont and Connecticut Democrats are destined to do the same. While they remain dead-set on skirting accountability for one-party rule, voters are taking note. This is another example of Democrat overreach and why it’s critical that we end the state’s one-party rule this November.

“As I have said, voters have a choice, change the people making these bad decisions or continue to embody the definition of insanity,” the Republican leader said.