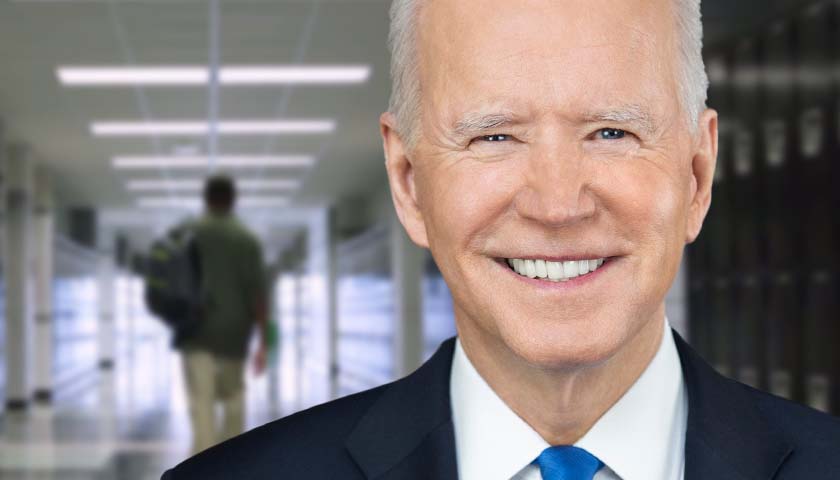 After the Biden administration’s newly unveiled plan to tie federal funding for school lunches to transgender and other gender ideology was recently revealed, the Arizona Senate could take action to protect the state’s school children.

“As our Senate leadership team continues to negotiate a budget with the House and the Governor’s Office, they may consider leaving some wiggle room that would allow financial support for school meals,” Kim Quintero, director of communications of the Arizona State Senate told The Arizona Sun Times. “They may also consider pushing legal action against the Biden Administration for this ludicrous plan. At this point, all options are on the table, and these are conversations our members will be having in the coming weeks.”

Friday, the State Senate released a letter condemning the Biden administration’s plan, which would force schools to adopt policies including gender-neutral bathrooms and transgender athletics or risk losing federal funding to pay for school lunches for low-income students.

Under the plan, schools that receive Food and Nutrition Services (FNS) money from the federal government would also be required to investigate any claims of discrimination on the basis of gender identity, which the U.S. Department of Agriculture said it was adding to its definition of “sex-based discrimination.”

Failure to adhere to investigative guidelines would lead to the loss of FNS funding, used to provide school lunches for low-income students.

“President Biden and the rest of the Democrat Party are shoving this woke and dangerous agenda down the throats of our innocent kids,” a press release from the State Senate Republicans said. “The federal government is literally threatening to stop feeding the poorest of children if schools don’t allow boys in girls’ bathrooms, boys in girls’ showers, or boys on girls’ sports teams.”

“‘Sexual orientation’ and ‘gender identity are broad, unscientific and ill-defined subjective terms,” according to the release. “Under these rules, a biological make could wake up one day, decide he’s a female and join the girls in the locker room. Every parent in Arizona should be outraged by Biden’s blatant disregard for student safety”

“This will not happen in Arizona, and we will fight back to ensure this unethical ideology does not infiltrate our state.”