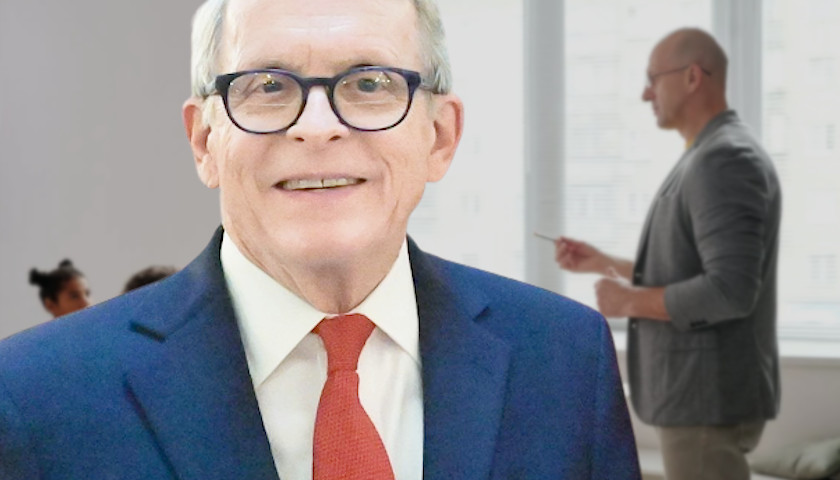 In a marathon session before its summer recess, the Ohio General Assembly passed a series of bills aimed at school safety, including one that makes it easier for local school boards to arm teachers.

Gov. Mike DeWine said he would sign them all.

House Bill 99, which passed the Senate late Wednesday afternoon with amendments, cleared the House later in Wednesday’s session on a party-line Republican vote.

“Last week I called on the General Assembly to pass a bill that would allow local school districts, if they so choose, to designate armed staff for school security and safety. My office worked with the General Assembly to remove hundreds of hours of curriculum irrelevant to school safety and to ensure training requirements were specific to a school environment and contained significant scenario-based training,” DeWine said. “House Bill 99 accomplishes these goals, and I thank the General Assembly for passing this bill to protect Ohio children and teachers. I look forward to signing this important legislation.”

Currently, teachers need to complete a month of training before being allowed to have a gun in a school. The bill would reduce that training requirement to one day but gives local school boards the option of requiring more.

“Since I introduced this bill last year, it has always been about protecting both students and staff at our schools across this state,” said Rep. Thomas Hall, R-Madison Township. “School safety has always been my priority. In emergency situations at our schools, seconds matter and tragedies can be prevented – in my district, we saw it firsthand.”

Hall’s father, who was a school resource officer at Madison High School, chased a shooter from the school in 2016.

The bill also creates the Ohio School Safety Center and the Ohio Mobile Training Team, which would help schools develop and implement emergency management plans and help schools with security.

The General Assembly also passed its capital budget, House Bill 687, more than $3.5 billion in appropriations that includes $100 million in for K-12 school security upgrades, and $5 million for security upgrades at colleges and universities.

The money was part of DeWine’s proposal he outlined less than a week ago he said would make schools safer.

“Last week I called for significant investment to improve our school buildings so that every school building in the state, public and private, can meet the best practices for physical school safety,” DeWine said. “I thank the General Assembly for supporting and protecting our students and teachers.”

An Ohio native, J.D. Davidson is a veteran journalist with more than 30 years of experience in newspapers in Ohio, Georgia, Alabama and Texas. He has served as a reporter, editor, managing editor and publisher. Davidson is a regional editor for The Center Square.
Photo “Mike DeWine” by Mike DeWine.