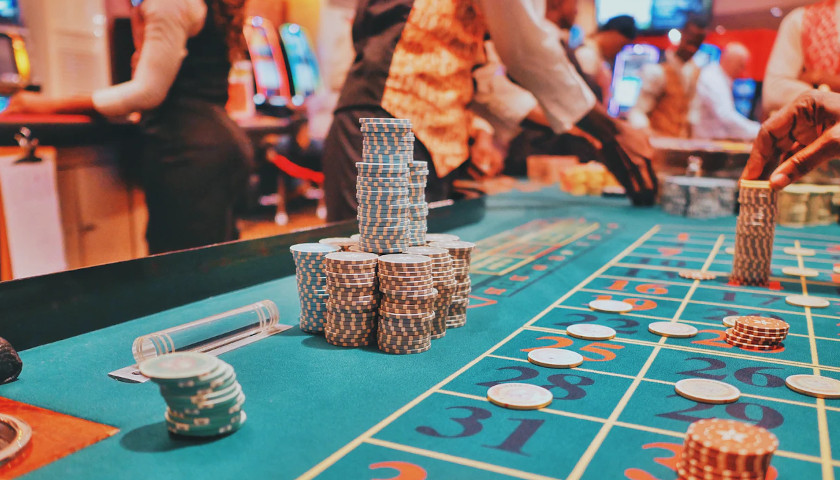 The recently-passed Fiscal Year 2023-2024 budget includes language blocking the City of Richmond from holding another casino referendum until November 2023. Richmond officials have called for a 2022 referendum after voters rejected a casino in 2021, but State Senator Joe Morrissey (D-Richmond) is instead pushing for Petersburg to be granted a casino license, and on Thursday afternoon, Richmond officials and the casino developers suggested they were considering legal action.

On Thursday morning, Morrissey held a press conference with the Petersburg mayor celebrating the budget language, which is awaiting Governor Glenn Youngkin’s approval.

“It [the budget] is law. It has the full effect of legislation, and it said that a [Joint Legislative Audit and Review Commission] study must be done to see if Petersburg meets all the markers for a host city. We’ve already got a preliminary report that it does,” he told The Virginia Star.

“The proposed budget language would unlawfully deny Richmonders the opportunity to vote on this critical economic development project and would undermine the authority of both the judicial and executive branches,” casino developer Urban One and the City of Richmond said in a joint press release.

In 2021, despite major spending supporting the casino, a small grassroots organization defeated the casino in a November referendum. Since then, city officials have called for another referendum, suggesting voters were poorly educated. In March, a Richmond judge approved holding a second referendum this year.

Morrissey initially supported a Richmond casino, but after the referendum and redistricting that shifted the senate districts where Morrissey will run for re-election, Morrissey has been pushing legislation to let Petersburg have the casino license.

Earlier this week, Democratic lawyer Paul Goldman, who helped defeat the Richmond casino proposal, called for Morrissey to resign. Goldman has been arguing in court that 2021 House elections under old district lines are unconstitutional and have disenfranchised voters.

“Joe’s stabbing his own black constituency (85 percent for the Casino Referendum) in the back proves a key part of my redistricting lawsuit. Morrissey would not choose Petersburg constituents over his RVA constituents if he had not been redistricted out of RVA into a new Senate district which still includes Petersburg: yet he still is legally allowed to serve in his old defunct district until 2024. It violates the very principle of equal legislative representation,” Goldman wrote in an email to the media.

The Urban One/City of Richmond press release states, “We will partner with the City of Richmond, including through litigation, to ensure that the people of Richmond have the final say on what happens in their community and that the rule of law is protected.”

“They can do what they think is necessary,” Morrissey said.

He faulted Mayor Levar Stoney for campaigning with Terry McAuliffe in 2021 instead of focusing on the casino.

“The mayor as an elected official should know that you must follow the law. He might not like it, but the mayor got spanked yesterday,” Morrissey said.