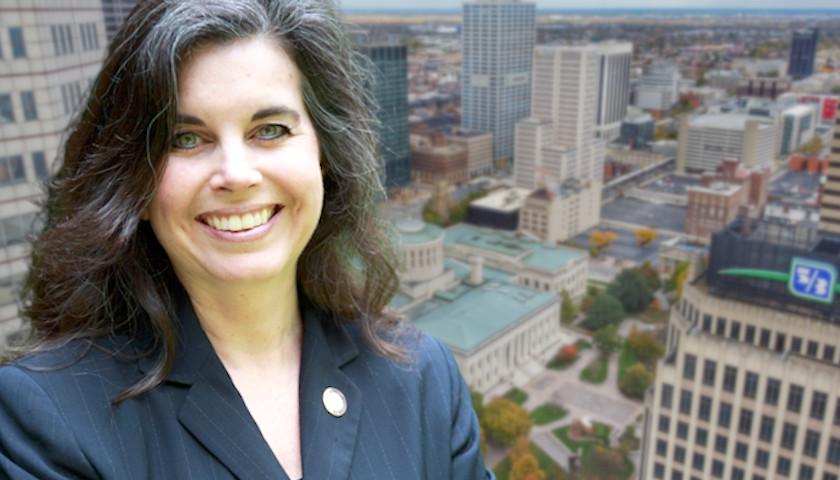 Lear made the announcement following a decision from a federal judge to allow state House and Senate maps to be implemented, after they were previously ruled unconstitutional by the state Supreme Court.

The Republican primary, which will take place on August 2, will pit Lear against State Representative Shawn Stevens (R-Sunbury), who currently represents District 68 but will run in the newly drawn 61st. Stevens was appointed to his position earlier this year when former Rep. Rick Carfagna (R-Genoa Township) took a job with the Ohio Chamber of Commerce.

“I’m excited to kick off my campaign for President Trump’s America and Ohio First agenda,” said Lear in a press release. “My opponent will tout himself as the incumbent, but he was appointed by the party bosses less than three months ago. This is effectively an open seat, and I’m confident my pro-life, pro-Second Amendment, pro-Trump values will prevail.”

Lear, a graduate of the Ohio State University, works as the vice president of government affairs for Associated Builders and Contractors of Ohio.

She has already picked up endorsements from the Knox County Republican Party and the Ohio Republican PAC.

“When I say I’m a battle-tested conservative, it goes beyond serving my country in the Ohio Air National Guard and at the Pentagon during Operation Desert Storm,” added Lear. “I’ve fought for Healthcare Freedom against Obamacare, helped eliminate prevailing wage for Port Authorities and exposed the Drag 101 Class at the Delaware County Library. I’ll take this same fight to the radical liberals in the statehouse to protect our way of life and the Ohio and U.S. Constitutions.”

Editor’s Note: Beth Lear was a journalist with The Ohio Star from May 2019 to December 2019.