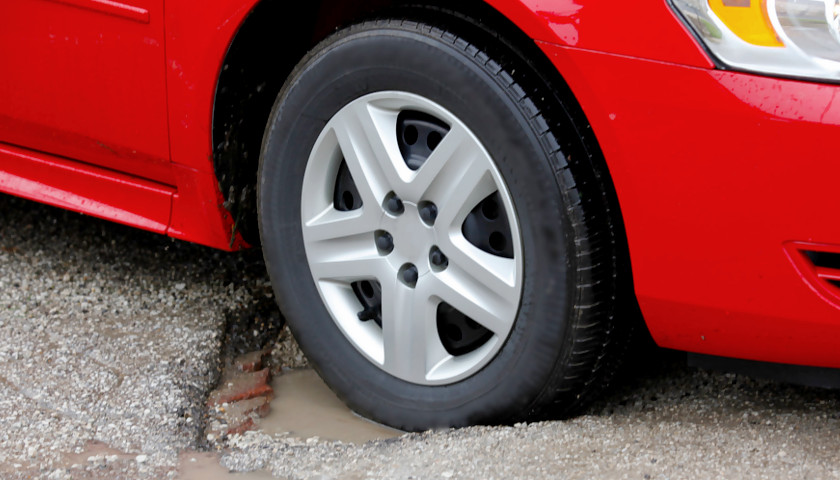 An EPIC-MRA poll shows that 93% of likely Michigan voters rated state roads as a “total negative,” with 65% rating them “poor.”

Gov. Gretchen Whitmer ran and won her campaign in 2018 by promising to “fix the damn roads.” In the poll conducted between May 11-17 of 600 likely November voters, the results showed:

Every demographic cited road repair as a priority.

Michigan is fixing some roads, but the state has 120,256 miles of paved roadway.

Trunkline roads represent about 10% of lane miles but carry over half of traffic, including around 70% of truck traffic. Local government owns all other roads, split between counties, cities, and villages.

Whitmer is bonding for over $3.5 billion to finance fixing trunkline roads, destroyed by Michigan weather, heavy traffic, and salt.

For example, in 2019, Whitmer vetoed $375 million in road funding because it flowed from general fund money instead of a tax hike.

Whitmer failed in her push for a 45-cent-per-gallon gas tax increase, which she claimed would raise an estimated $2.5 billion. Hohman noted state revenues have grown much more than $2.5 billion during Whitmer’s term.

A Michigan GOP budget plan aims to spend a record $6.8 billion on the Michigan Department of Transportation, including a one-time investment of $750 million for local roads.

Scott McClallen is a staff writer covering Michigan and Minnesota for The Center Square. A graduate of Hillsdale College, his work has appeared on Forbes.com and FEE.org.
Photo “Car vs Pot Hole” by State Farm Insurance CC2.0.