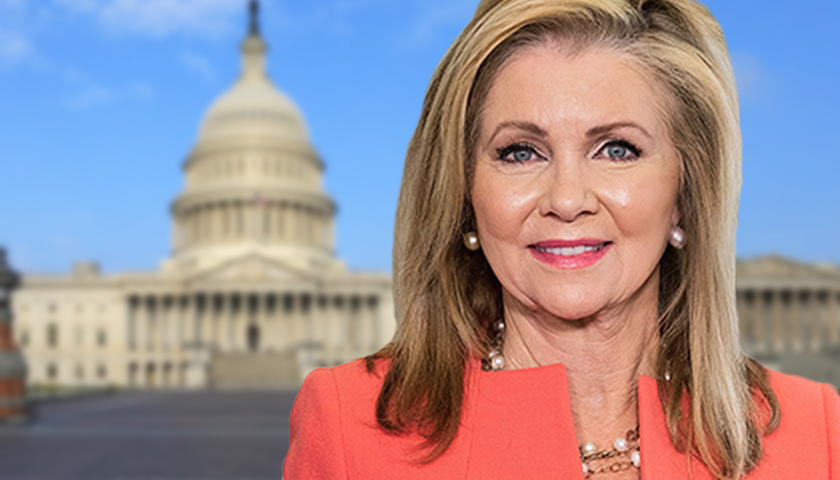 The senior senator from Tennessee introduced the resolution in December. It has been referred to the U.S. Senate Committee on Rules and Administration.

The purpose of the resolution is to amend “rule XXII of the Standing Rules of the Senate to increase the voting threshold to invoke cloture on general appropriation bills during periods of high inflation.”

Paragraph 2 of rule XXII of the Standing Rules of the Senate is amended in the second undesignated subparagraph by inserting “, or on a general appropriation bill, or an amendment thereto, amendment between the Houses in relation thereto, conference report thereon, or motion thereon, that is considered during a period during which the increase in the Consumer Price Index for All Urban Consumers with respect to the preceding 12-month period, as determined by the Bureau of Labor Statistics, is more than 4.0 percent, in which case the necessary affirmative vote shall be two-thirds of the Senators present and voting” after “present and voting”.

During periods of high inflation in the United States, if Blackburn’s resolution is passed, the threshold to vote on spending legislation would generally increase from 60 required votes to a 67-vote supermajority.

When Blackburn first introduced the resolution, she said in a statement, “Tennesseans cannot afford the left’s endless spending spree. Joe Biden’s radical economic agenda has resulted in decades-high inflation, and in return, the White House and congressional Democrats have refused to slow their spending. The Stop The Inflationary Spending Spree Act will force them to work on bipartisan solutions instead of forcing through increased spending that will hurt our economy.”

Ernst said that the proposed legislation would “force Congress to work together — across party lines — to rein in its out-of-control spending and address the rising costs that continue to punish hardworking families.”

“Congress should not pass laws that fuel inflation and raise prices on hardworking families,” Scott added.

Marshall said, “Inflation hurts everyone but none more than our seniors and young, hard-working families living paycheck to paycheck. I’m proud to partner with my colleagues to introduce this legislation to halt Democrats’ out-of-control spending and restore a flourishing free market economy for the American people.”