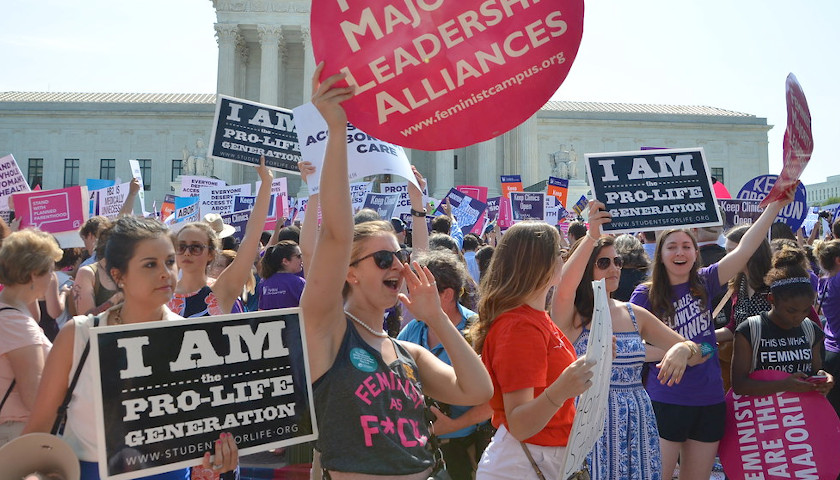 Most Arizona voters support at least some level of abortion restrictions, a new poll found.

The poll found that while 41% of the state’s residents think that abortion should be legal under any circumstances, the majority do not; the other 59% want to limit the circumstances under which abortion is legal.

That includes 13% who support abortion being illegal under all circumstances and 46% who support it being legal only under certain circumstances. The poll doesn’t specify what those circumstances are, but they may include exceptions for rape, incest, the life of the mother, as well as various gestational limits.

The poll found that Arizonans are divided on overturning Roe v. Wade, sending abortion law back to the states. It found that 49% opposed the decision while 46% did not oppose it; 5% said they did not have an opinion on the matter.

Additionally, the poll also found that 3 in 5 Arizona voters “would be very/somewhat impactful to their decision to vote for them or not.”

“While there are a variety of lenses through which you could assess sentiment on abortion, the biggest takeaway candidates should gain from this data is that their position on abortion will impact Arizona voters’ decisions, but some more than others, so deeply understanding your coalition is crucial this close to election day,” Mike Noble, OHPI Chief of Research, said in a press release.