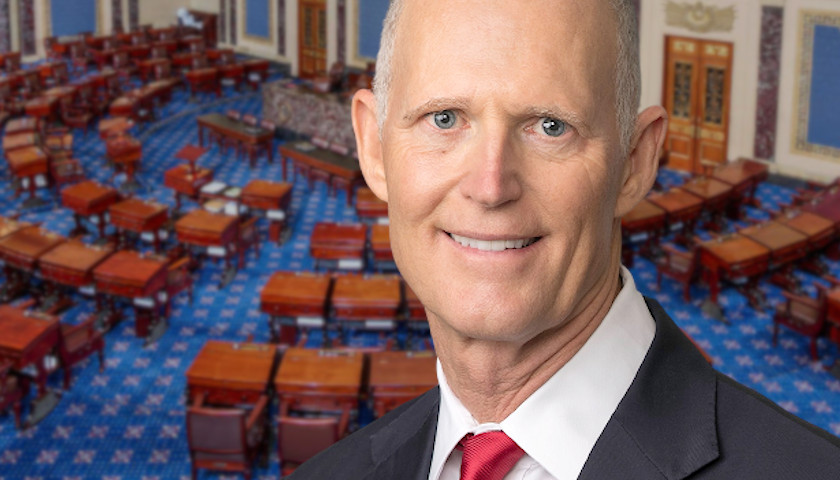 Amid a debate by elected leaders on how to respond to the mass shooting in Uvalde, Texas, Florida Senator Rick Scott (R) has indicated he would support a federal red flag law.

Axios reported that Scott said he was “OK with supporting a federal red flag law but added that generally such laws should be up to the states.”

The legislation created a process for a law enforcement officer or law enforcement agency to petition a court for a risk protection order. The order temporarily prevents persons who are at high risk of harming themselves or others from accessing firearms when a person poses a significant danger to himself or herself or others, including significant danger as a result of a mental health crisis or violent behavior.

Scott commented on the legislation in 2019. “In Florida, about three weeks after the Parkland shooting – and after the views of experts in mental health, education and law enforcement were taken into account – I signed the Marjory Stoneman Douglas High School Public Safety Act. … The steps we took in Florida, in addition to committing $400 million to increasing school safety, included a “red flag” provision. Properly constructed, the extreme risk protection order, as it’s known, is a common-sense public safety measure”, said Scott.

On Wednesday, The Hill reported that Sen. Joe Manchin (D-W.Va.), a key swing vote on any gun legislation, identified red flag legislation as a promising avenue for compromise. “We talked about the red flag. It’s worked. It works in states such as Florida. It’s been very effective,” Manchin said.

Many gun rights advocates, including the National Rifle Association, oppose red flag laws, saying they do not protect a person’s due process rights, CNN reported.

However, Scott pushed back on that narrative.

“Let me be clear: I am a gun owner, a member of the National Rifle Association and a strong supporter of the Second Amendment. But the horror of Parkland demanded a swift, practical legislative response to try to prevent future such nightmares. … Anyone who has threatened self-harm, has threatened to harm others or is mentally unstable should not have access to a gun. At all. You can call it an infringement on rights if you want. I don’t care. Just get guns away from such people,” said Scott.

Steve Stewart is a senior contributor at The Florida Capital Star. Email tips to [email protected]