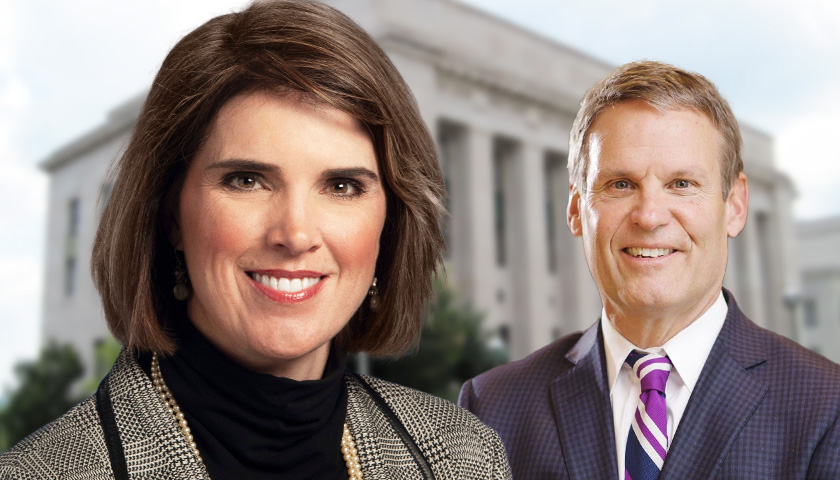 Sources familiar with the thinking of Governor Bill Lee and his team tell The Tennessee Star that Lee believes that “it is already a done deal” that his preferred choice for attorney general, Brandon Gibson, will get the appointment.

The sources spoke with The Star on background and one said, “It is very well thought by Governor Lee’s team and highest corners of office in the executive branch that the open attorney general seat is a lock to go to Brandon Gibson.”

The sources further said that it is a “generally held belief amongst those high up in the Lee administration and the Governor himself, that she [Gibson] has the job in the bag. ”

“The belief is the only way that she doesn’t get the job is that if she decides she doesn’t want it,” another said.

Sources also said that the level of confidence in the upper levels of Lee’s administration is that Gibson’s appointment seems to be a lock and not even a question in the minds of staff. “They are treating this like it is certain, short of her getting hit by a car or deciding she doesn’t want the job,” the source added.

On paper, Lee has no role in picking the next Tennessee attorney general, as that appointment is made by the state supreme court. Attorney General Herb Slatery III was a close aide to then-Governor Bill Haslam prior to his 2014 appointment to the post.

It was also suggested to The Star that Gibson’s potential appointment has been “presented amongst elites by being in the bag, possibly in order to prevent other qualified nominees from putting their name in. This has a feel of a kabuki process, one that is locked in to one person in order to prevent any real questions or any real process.”

Another said that staff is acting in a manner that suggests “if anyone ever hopes to have something from the governor is that they won’t stick their nose out.”

Gibson is the chief operating officer for the state of Tennessee and a very close aide to Lee.

The Star previously reported that Gibson’s biography on the Tennessee government website reads:

Prior to joining Governor Lee’s administration, Gibson served on the Tennessee Court of Appeals for over four years after being appointed to the court by Governor Bill Haslam. She served as the chair of the Board of Judicial Conduct and co-chaired the Tennessee Bar Association’s Public Service Academy and Leadership Law program.

Prior to her service on the court, she practiced law in West Tennessee. A native of Dyersburg, Gibson earned her bachelor’s degree and master’s degree in agribusiness from Mississippi State University and her law degree from Southern Methodist University.

Gibson serves on the board of directors of the Governor’s Books from Birth Foundation and on the advisory council of Leadership Tennessee.

Michael Anastasi of The Tennessean and USA Today Network serves with Gibson on the board of directors of Leadership Tennessee.

Sources previously characterized Gibson to The Star as a “political opportunist who has no conservative core and will disappoint the Republican Party base more than Slatery has.”

The Star additionally reported that the position of attorney general is appointed by the Tennessee Supreme Court and is the only state attorney general that is a member of the judicial branch, not the executive branch.

Slatery’s appointment includes included a public solicitation and advertisement by the court for applications and a public hearing process prior to the vote by the Tennessee Supreme Court. Candidates who were seeking the position in 2014 had to complete and submit an application and other supporting materials by a publicly specified deadline. The court then notified publicly the finalists who continued on to the public hearing portion of the selection process.

Candidates were given 10 minutes to speak on their own behalf but could yield a portion or all of that time to someone else to speak for them if they so chose.

Additionally, the public was given the opportunity to express opinions about the applicants. After the public comment portion of the hearing, candidates had public interviews with members of the court that lasted roughly 15 minutes.

The Tennessee Supreme Court is expected to reveal the 2022 process that it will conduct in order to select the next attorney general in the near future.

Aaron Gulbransen is a reporter at The Tennessee Star and The Star News Network. Email tips to [email protected] Follow Aaron on GETTR, Twitter, and Parler.
Photo “Brandon Gibson” by Tennessee Office of the Governor. Photo “Bill Lee” by Bill Lee. Background Photo “” by Tennessee Supreme Court. CC BY 3.0.