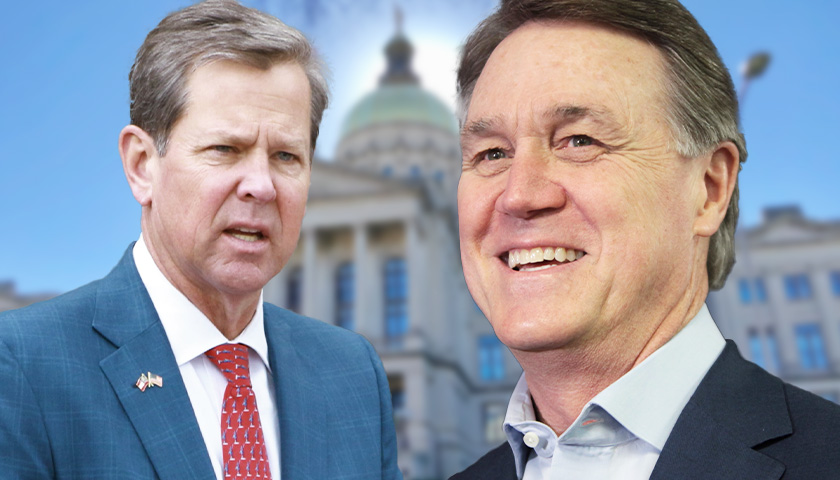 A new poll shows former U.S. Senator David Perdue is closing the gap against incumbent Governor Brian Kemp in the GOP gubernatorial primary, but the possibility of a runoff election is uncertain.

Other minor candidates totaled 7 percent in that poll, which was run for Fox5 Atlanta TV.

InsiderAdvantage Georgia Chairman Matt Towery analyzed the results, saying, “Gov. Brian Kemp continues to lead the race, but the contest is closer than recent polls have suggested. We detected a tightening of this race several weeks ago, and it has basically remained in the range of our last poll for Fox5Atlanta.”

“In polling other states, we have learned that support for candidates endorsed by former President Donald Trump is harder to detect and that the numbers for the endorsed candidate in the election results outperform the numbers as polled,” Towery said.

Towery pointed out that his firm found that very few remain undecided in the race for Georgia governor, and that the number of voters going to the polls on election day will be key to the results.

“With a very small percent of undecided voters remaining, this Georgia race will depend on Election Day turnout. While early voting has been very robust, we remain cautious about declaring this some massive turnout,” he said. “As Georgians have become increasingly aware of early voting, we find that Election Day numbers can be disappointing.”

Towery addressed what his poll results say about the possibility of a runoff off election, which would be held in June if no one reaches the 50 percent threshold in the May 24 Republican gubernatorial primary.

“With rain in the [Georgia] forecast for Tuesday, it is likely only the most motivated voters will participate. While these numbers still show a Kemp win without a runoff, that could be determined by who turns out on Tuesday,” he said. Regardless, we believe some polls have set an impossible level for Kemp to achieve and that these numbers, within the margin of error and the three percent undecided, are a more reasonable reflection of the race as it stands today.”

Perdue has been famously endorsed by President Trump in the GOP primary. Trump voters are notoriously shy in responding to polling and are expected to turn out in high numbers on election day.

Aaron Gulbransen is a reporter at The Georgia Star News and The Star News Network. Email tips to [email protected]. Follow Aaron on GETTR, Twitter, and Parler.