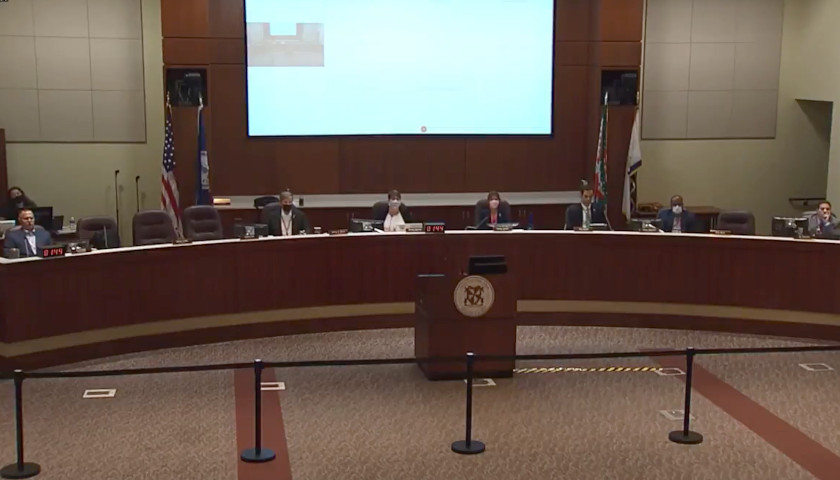 A judge dismissed recall efforts against Loudoun County School Board Chair Brenda Sheridan and Atoosa Reaser Monday, after an outside prosecutor couldn’t meet the state’s high standard of evidence to pursue the recall.

“I’m so grateful that today, the independent Commonwealth’s attorney found that their petition lacks any reasonable factual basis,” Reaser said in a press conference recorded by 7NewsDC.

Reaser said the process took a toll on her and her family.

“What I can tell you is this type of malicious court filing has a chilling effect on democracy,” Reaser said.

In November 2021, Fight for Schools PAC filed recall petitions against the two board members, citing as a basis for the recalls involvement in controversial Facebook groups and the officials’ handling of sexual assaults on school property.

Virginia’s recall law is specific in the reasons an elected official can be recalled, and places prosecution of the process in the hands of the Commonwealth’s attorney, not the recall petitioners. As a result, the petitioners are often not directly involved in the process, and have limited recourse if the prosecutor doesn’t pursue the recall or if courts dismiss it.

That’s a similar outcome to a recall of a school board member in neighboring Fairfax County; in 2021 an outside prosecutor told the court that the petition in that case didn’t meet the legal standard.

Governor Glenn Youngkin and Attorney General Jason Miyares have aimed their power at the school board, with Youngkin ordering an investigation into school officials’ handling of the sexual assaults, and later amending legislation to potentially force the whole school board to run for reelection this year.

7NewsDC pressed Reaser and Sheridan about what the handling of the sexual assaults at the Monday press conference. Reaser said she couldn’t speak about it in detail because of the ongoing investigation.

“We’re going to wait until the investigation has concluded and remind everyone that as school board members, and anyone involved in the educational system that we’re bound by FERPA and I will not further degrade the reputations of the students involved and bring this back to the public,” Sheridan said.

Fight for Schools Executive Director Ian Prior told Loudoun Now that Fight For Schools PAC will wait for the results of the grand jury investigating the handling of the assault, and in the meantime is going to spend money in the VA-10 congressional race to defeat Representative Jennifer Wexton (D-VA-10).

“In 2021, Loudoun County parents were instrumental to changing the status quo in Richmond, and to continue the momentum in Loudoun County, Fight for Schools will spend the next 18 months working to defeat every single ally of the Loudoun County School Board,” the PAC said in a press release after the GOP nominated Hung Cao to oppose Wexton.

“That starts with defeating its biggest supporter, Jennifer Wexton, and electing Hung Cao to Congress in 2022,” the statement finished.