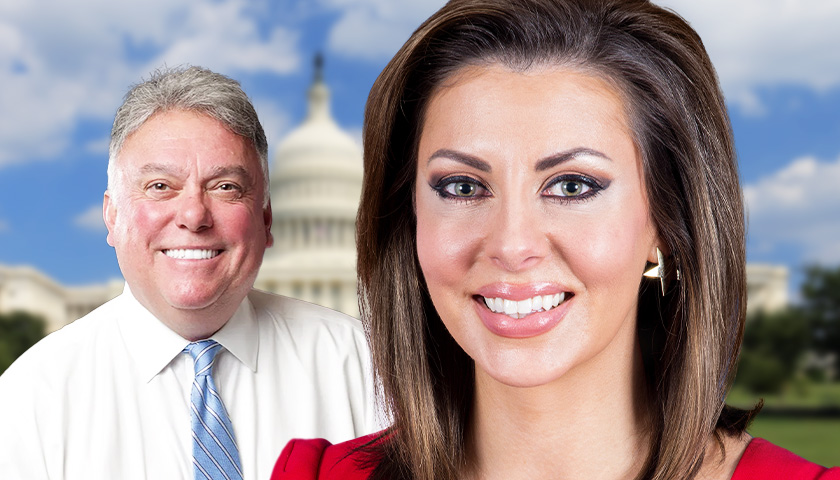 Ortagus’ bio in the campaign statement says, “Morgan Ortagus, a U.S. Navy Reserve officer and former Spokesperson for the United States Department of State during President Trump’s Administration. She was instrumental in promoting the Abraham Accords and most recently launched Polaris National Security, a group focused on restoring international strength and respect for America.”

The Tennessee Star previously reported that Ortagus moved on from the TN-5 race after her disqualification by the Tennessee Republican Party and joined Polaris National Security.

In her earlier announcement to German-owned Politico on her new role with Polaris, Ortagus said, “My goal is to make national security issues relevant to the American voters by linking those issues to everyday concerns like the price of energy/gas and immigration/drug/border/crime crises.”

The contribution was made on March 30.

EB-5, according to the website, “is a United States visa program, created in 1990, that enables foreign investors to obtain a U.S. visa by investing in a business that will benefit the U.S. economy and create jobs.”

“USIF provides outstanding EB-5 project opportunities, supported by 30+ years of collective real-estate development, finance and banking executive team experience,” the website says, adding that “USIF became an established EB-5 Regional Center in 2010. Since then, USIF has formed and sponsored highly successful regional centers throughout the United States that have collectively assisted over 5,000 EB-5 investors and their families.”

The U.S. Immigration Fund’s website states, “Upon satisfaction of UCIS requirements and the successful completion of the selected EB-5 project, the investor should anticipate his/her permanent Green Card and ultimately the repayment of their $800,000 EB-5 investment.”

The Polaris National Security PAC treasurer of the record is Charles Gantt of Bulldog Compliance, the same treasurer for Tennessee Conservatives PAC, which spent a significant amount of money to support Ortagus’ disqualified bid for TN-5.

Bulldog Compliance is owned by Red Curve Solutions, which handles the books for a variety of dark-money clients as well as normal PACs and Maverick PAC, which Ortagus worked for during the 2016 election cycle and supported Jeb Bush for president.

As Ortagus is now a volunteer member of Winstead’s campaign team, the Polaris National Security PAC and the campaign will have to exercise care to avoid breaking the FEC’s anti-coordination rules if the PAC wins up backing his bid.

The Star spoke with well-respected, nationally-known election law and campaign compliance attorney Chris Woodfin about the potential pitfalls that the Winstead campaign and Ortagus’ PAC will face from her involvement in both.

“Given Ms. Ortagus’ position with the Winstead campaign as a key advisor on national security, the Polaris PAC will have to be very careful to avoid coordination between the campaign and the PAC, if it intends to be involved in the race for TN-5,” he continued.

“There is nothing that is illegal or against regulations at this time, but the appearance of coordination will certainly exist if the PAC uses its independent expenditure account to influence the race for Tennessee’s 5th district.”