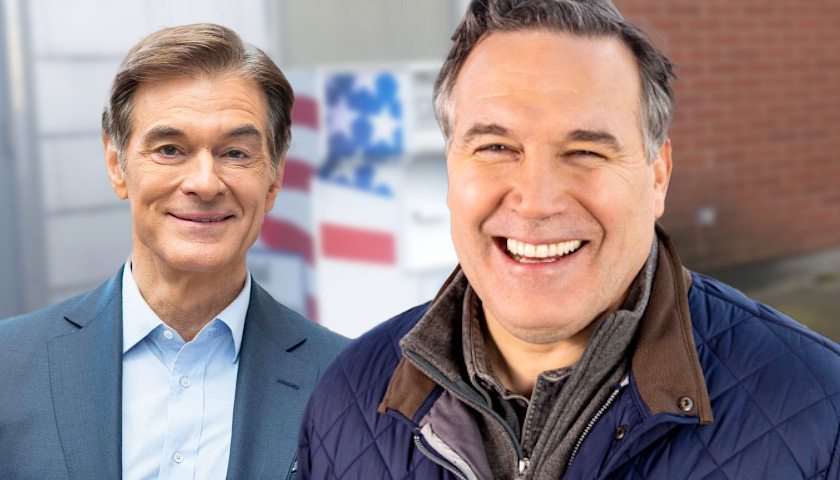 The determination of Pennsylvania’s unsettled Republican Senate nomination battle between Mehmet Oz and Dave McCormick could depend on a federal court decision regarding undated mail-in ballots.

As of Sunday afternoon, Oz held 418,535 votes to McCormick’s 417,465, putting the former ahead by far less than the 0.5-percent maximum gap that triggers an automatic recount. While over 99 percent of all ballots cast in the election have been counted, an ongoing dispute about whether undated absentee ballots should be deemed valid has the potential to erase Oz’s lead.

On Friday afternoon, a three-judge panel of the Third Circuit Court of Appeals ruled in Migliori et al v. Lehigh County Board of Elections that 257 Lehigh County mail-in ballots with envelopes on which voters failed to write the date before sending back the forms must be counted. Those particular ballots, if tallied, will hand the win in a Lehigh County Court of Common Pleas election to Democrat Zachary Cohen rather than Republican David Ritter.

Such an outcome would please the progressive American Civil Liberties Union (ACLU), which argued the case on behalf of five Lehigh County residents.

“This ruling is vindication for our voter clients and all 257 voters in Lehigh County who would have been disenfranchised for a simple mistake on their mail ballots,” ACLU of Pennsylvania Executive Director Reggie Shuford said in a statement. “And today’s decision is an important moment in the struggle to ensure that people who choose to participate in elections have their votes counted. Dating the return envelope is irrelevant to determining a voter’s eligibility or whether they returned their ballots on time. The court agreed and understood that disqualifying those ballots is illegal.”

Nonetheless, McCormick is one Republican who wants the decision to be applied to his race. He has enjoyed an advantage in the mail-in ballots counted so far.

“We trust that in light of the Third Circuit’s judgment you will advise your respective boards to count any and all absentee or mail-in ballots that were timely received but were set aside/not counted simply because those ballots lacked a voter-provided date on the outside of the envelope,” McCormick attorney Ron Hicks wrote in an email to state and county attorneys across Pennsylvania.

“Dr. Mehmet Oz continues to respectfully allow Pennsylvania’s vote-counting process to take place and puts his faith in the Republican voters who we believe have chosen him as their nominee,” Oz campaign manager Casey Contres said in a statement. “That is why our campaign will oppose the McCormick legal team’s request that election boards ignore both Pennsylvania’s Supreme Court and state election law and accept legally rejected ballots. If Dr. Mehmet Oz is the nominee, he would appreciate David McCormick’s support, and every other Pennsylvanian, in defeating extreme liberal socialist John Fetterman, who would prove nothing more than a rubber-stamp for Joe Biden’s failed policies.”

It has not yet been determined how many absentee ballots in the Senate race were undated but nonetheless promptly submitted, though the city of Philadelphia has reported that 100 of its GOP primary ballots meet that description so far. Given the city’s relatively small Republican population, that figure suggests the statewide total of undated GOP absentee ballots could be so massive as to turn the county McCormick’s way.