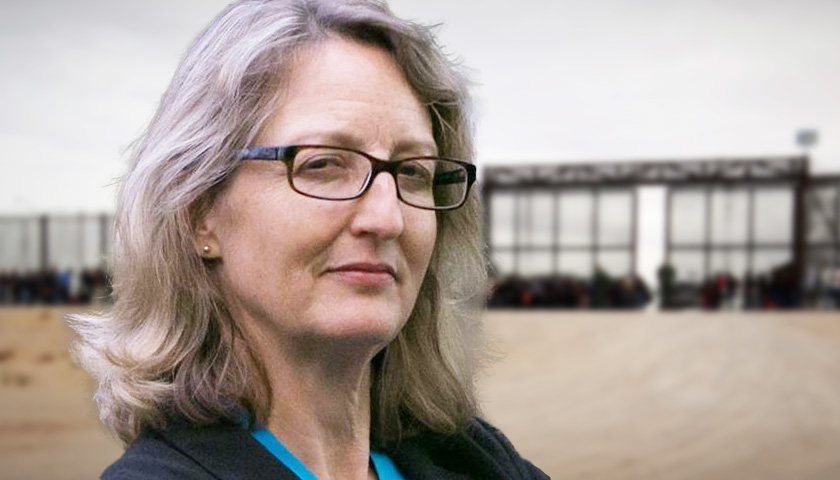 In a debate hosted by Arizona PBS on Wednesday, former State Senator Kristen Engel (D), who is running for AZ-06, said Arizona does not have an immigration crisis.

“No. It does need help at the border. Washington, I would say, has failed us. It’s not just this administration. It’s the past administration. We do need help at our borders. We do need to secure our border. We have issues of drug trafficking and human smuggling that have to be addressed, but certainly not walls. I mean, walls are a 13th-century solution to a 21st-century problem,” said Engel.

Engel continued speaking to host Ted Simons about what she believes is the real crisis at the border.

“I mean, let’s look at what’s going on here,” she said. “We have people migrating coming who want to make a home in our country. These people are like our ancestors coming here. That is the crisis. That’s a humanitarian crisis.

“And what we need from Washington is help having an orderly asylum process. That’s national law. That’s international law. We have to get that done, and we need comprehensive reform. And we got to help our Dreamers,” she said, referring children who illegally crossed into the United States with their parent or guardian.

The Arizona Sun Times reached out to Engel to expand on her remarks, but did not hear back from the candidate or her campaign by press time.

These comments come after one of the busiest months ever recorded by the U.S. Customs and Border Protection (CBP). According to a report from the CBP, there were over 230,000 total encounters in April 2022.

Yuma currently has a 400 percent increase in border encounters compared to 2021. Yuma also has at least three gaps in its wall at present, which allows migrants to walk through at any time, putting a heavy strain on border patrol and civilians.

“It’s very taxing for a community that’s built for 200,000 to have this many people show up at your doorstep in need,” said Yuma farmer Cory Mellon to Fox News Digital.

The decision came because Arizona community resources are in high demand and there was “little action or assistance from the federal government,” said Ducey at the time.

Arizona’s 6th congressional district is currently represented by Rep. David Schweikert (R-AZ-06). Due to redistricting, however, Rep. Schweikert is running for re-election in AZ-01. Currently, three Democrats and five Republicans are vying for the nomination from their Party to fill that open seat. The Cook Political Report rates AZ-06 as “Lean Republican.”